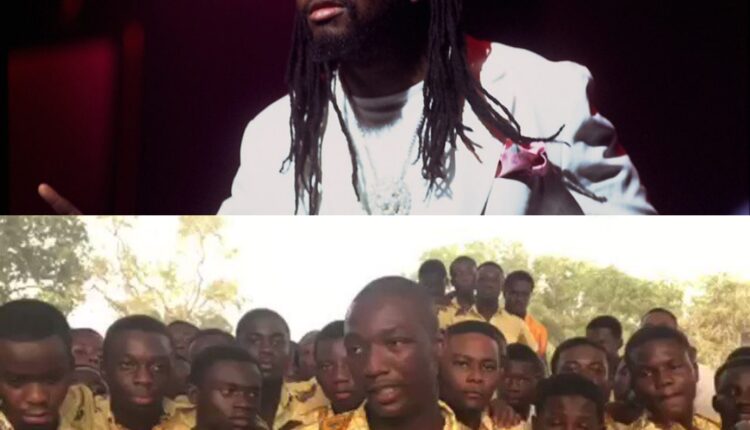 Blessings, they say come in multiple folds and a young Ghanaian rapper is about to have his portion of that.

This comes up days after multiple award winning act Sarkodie shared a freestyle of the artist on his social media pages. (originally shared by @f_a_square on Instagram)

His rap skill, quite raw and similar to that of Sarkodie from his early days caught the attention of many who  did not only admire the rapper but share the video.

One of such people who reshared the video is  Ghanaian presenter with Beats FM, Commanda Ansah.

The video then caught the attention of Grammy award winner Wyclef who expressed interest in the young rapper.

In a tweet, Wyclef said, “Carnival world music Group is looking for this kid he got talent !!!!!”

Carnival world music Group is looking for this kid he got talent !!!!! https://t.co/2aWi5Au7Sc

Update!!! Thanks @kofiblackmusic for finding him🙌🏿 @f_a_square In the words of Che “long live the Revolution” welcome to Carnival World Music Group Africa Unite Somebody find me this kid!!!

The new music publishing and distribution company is focused on creative talent in Africa and other emerging markets.

A native of Haiti who immigrated to the US when he was nine, Wyclef Jean rose to stardom as a founding member of the Fugees, whose 1996 album, The Score won two GRAMMYs.

“THE DEMAND FOR MUSIC FROM AFRICA AND OTHER DEVELOPING REGIONS IS GROWING, AND THESE PROFESSIONAL CREATIVES DESERVE TO BE A PART OF THE INTERNATIONAL MUSIC MARKETPLACE.”

Speaking last month, Wyclef Jean said: “The demand for music from Africa and other developing regions is growing, and these professional creatives deserve to be a part of the international music marketplace.

“There is a need for them to have open access to global publishing and distribution options that protect their rights and ensure they’re fairly paid.

“This initiative not only introduces and launches new talent, but helps creatives around the world thrive in their careers.”