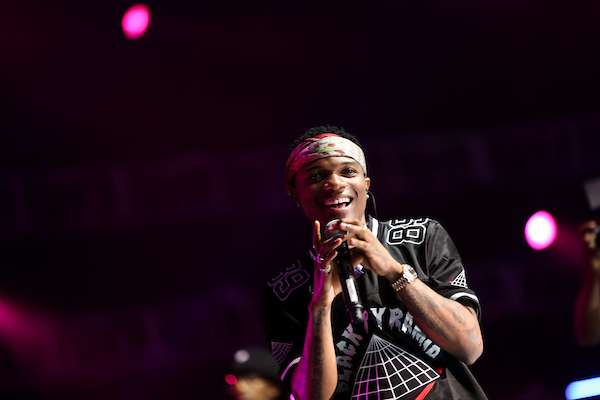 Nigerian musician and undoubtedly the biggest artist on the African continent at the moment, Wizkid is still unconcerned about the BET Awards.

The musician who was just announced a nominee in the Best International Act, Africa category at the 2017 BET Awards expressed his disinterest by vouching for his record label mate artist Mr. Eazi who he is extremely proud of.

Last year (2016), Wizkid snubbed the BET Awards which was held in Los Angeles.


The musician who neither partook in the promotion (prior to the event) nor attend the event although he was present in Los Angeles where the event took place, in a series of tweets reminded his followers he knew his worth and was not ready to fall for anything less.

Know yourself know your worth! 🤘🏾

We don't sell the ting for cheap over here! #Move.

It can be recollected that Wizkid and Ghanaian Afrobeats artist Fuse ODG took the same stands 2 years go boycotting the BET Awards in what they described as a total disrespect to African artists.

Dear @BET, the reason why I didn't come is because you give our awards backstage! You have no respect for our hard work and achievements

Lol So I'm hearing BET is mad cos I didn't come for the pre shows and interviews! Lol.

Is Wizkid being arrogant or a clear case of knowing his worth as his tweets say?

To read more on this, kindly click on the link below.

“Know yourself, know your worth” – Wizkid speaks after BET Awards 2016