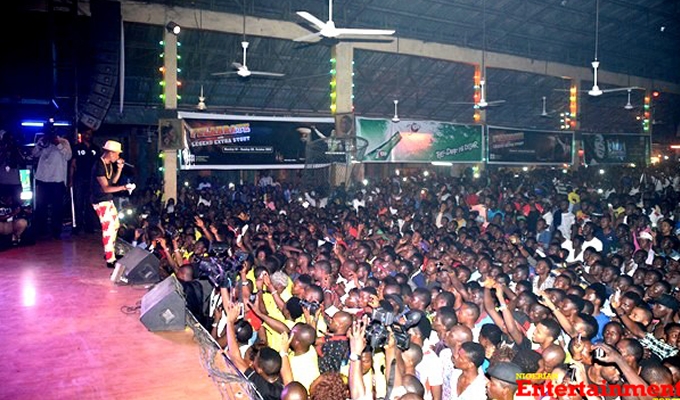 Wizkid caused a stampede at the New Afrika Shrine that lasted close to 30 minutes and interestingly, it had nothing to do with his performance.

The Pop star had just wrapped up his thrilling performance at about 3:26AM when he asked his manager Godwin Tom to hand him two bale of N500 notes supposedly around the sum of N100,000. Wizkid then threw the money into the crowd and left the stage.

Wizzy and his entourage immediately left the venue without the knowledge of the near-disaster he had caused as fans in the crowded general public area proceeded to hound themselves over a few thousands of Naira. The fight for the N500 notes amongst the crowd couldn’t be controlled by the stage security. In fact security guards joined in the fight for the money.

The fight led to a stampede and lasted for another 30 minutes. It had to take the intervention of more security officials and show host Omobaba who pleaded for the crowd to be calm.

Watch Wizkid throw money into the crowd in this video below…