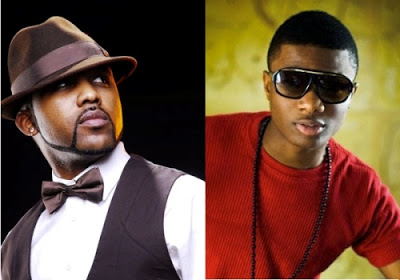 Nigerian pop star Wizkid has spoken out against his continuous impersonation by fraudsters. The hit maker, bugged by increasing complaints and reported incidents, says he’s worried and beyond scandalized, that some bandits would go to any length to perpetrate evil acts and defraud innocent fans and customers.

The EME act spoke today in Lagos, while reacting to on-going investigations on recent discoveries and arrests.

It’s unfair that fraudsters will take advantage of unsuspecting victims. The culprit has been apprehended and all is being done to make sure such incidents don’t reoccur. Wizkid said.

An EME impostor is currently in police custody. He was handed over to the police by his latest victim- Muyiwa.

Meanwhile, EME Chairman Banky W who has himself been a victim of impersonation, says the label is putting all structures in place, while working with relevant authorities to make sure the trend is put to a stop.

It saddens us to know that crooks still try to take advantage of our fans and supporters but we are doing all we can to put the right info out and we hope that everyone takes note, so as not to fall into their traps. He adds.

Wizkid does not take bookings or accept engagement payments into his account. He can only be booked through EME and/or his manager Godwin Tom.
The label says the Police will still apprehend more fraudsters.

BBA Update: Group Calls for Betty To Be Sued For Having Séx In Public