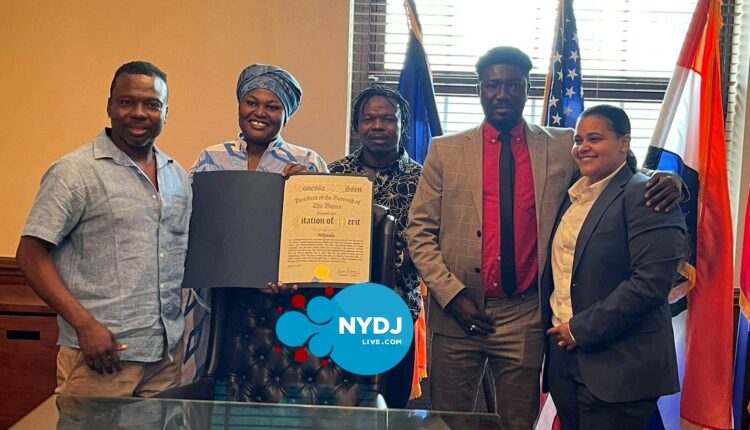 Ghanaian music star Wiyaala has finally received her Citation of Merit from the office of the President of the Borough of Bronx, Vanessa L. Gibson.

Wiyaala, who is currently in the United Kingdom was represented by members of her management.

Exclusive information available to Ghana’s Hub For Pop Culture & Urban Entertainment News – www.nydjlive.com reveal the management was received by David A. Coulibaly who presented the citation on behalf of the Borough President.

The new development comes days after the Africa hitmaker in a series of posts on social media (now deleted) accused fellow musician Shatta Wale and organizers of the 2022 Summerstage held at the Crotona Park in New York, the USA on August 13, 2022, of denying her access to the stage to receive the citation.

Wiyaala has since apologized for the blunder and made peace with the parties involved.

In a recent video shared on Facebook, Wiyaala described Shatta Wale as a “big brother.”