With ONLY A Mixtape And No Label, Chance The Rapper Makes History At The Grammys 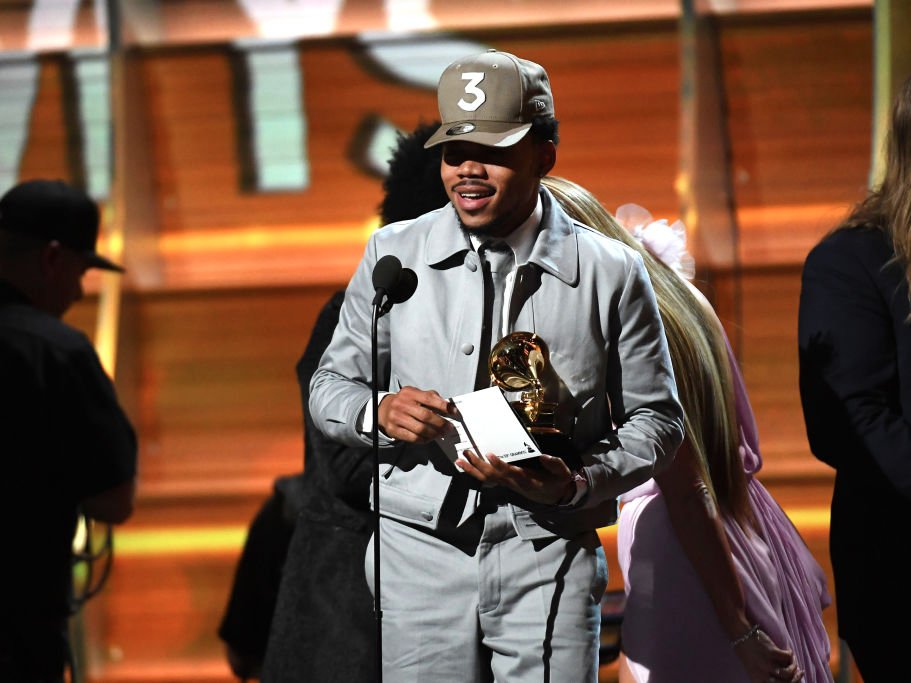 Being an independent artist comes with its own headache but that would not prevent Chicago native Chance the Rapper from keeping at his dream.

The 23-year-old rapper who has over the past few years kept to his grind made history as the first artist to ever win a Grammy for a streaming-only album.

Before this year’s Grammys nominations were announced, the rules were changed to allow artists who were unsigned or released streaming-only albums to be eligible.


Many saw the move from The Recording Academy, which gives out the Grammy Awards, as an endorsement of Chance specifically and his acclaimed album “Coloring Book.”

Chance is also not signed to a label, another first at the Grammys.

Chance thanked God and “all of Chicago.” while onstage to accept the Grammy for best new artist.

Burna Boy’s ‘Twice As Tall’ Will Be Released…