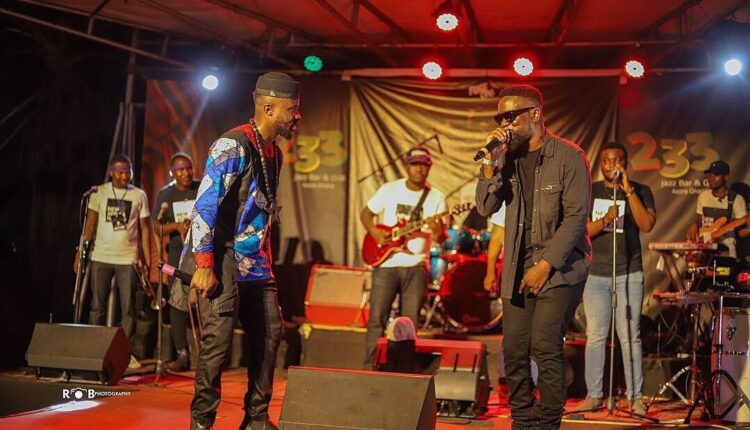 Ghanaian rap artist Sarkodie was one of the special guests who honoured an invitation by Fuse ODG for his New Africa Nation Album concert launch in Accra, Ghana.

The event which took place on Thursday April 18, 2019 saw people from different walks of life attend.

Speaking at the concert, Sarkodie who was so proud of Fuse ODG described the Grammy award winner as a brother.

In his words, he said, ” Tonight means a lot because of what my brother stands for. My brother stands for us, he’s out there and painting a good picture of us so we can be proud as a people. From day one, I’ve been proud of him. You’re walking the talk and we support that…

His movement is not just for him but the whole of Africa,” Sarkodie said.

He also commended Fuse ODG for the Nana dolls.

Watch Sarkodie speak at the launch and hey, they performed together at the request of the audience.