WATCH: Samini Kneels In Front Of K.K. Fosu As They Reunite On Stage And Perform ‘Sudwe’ 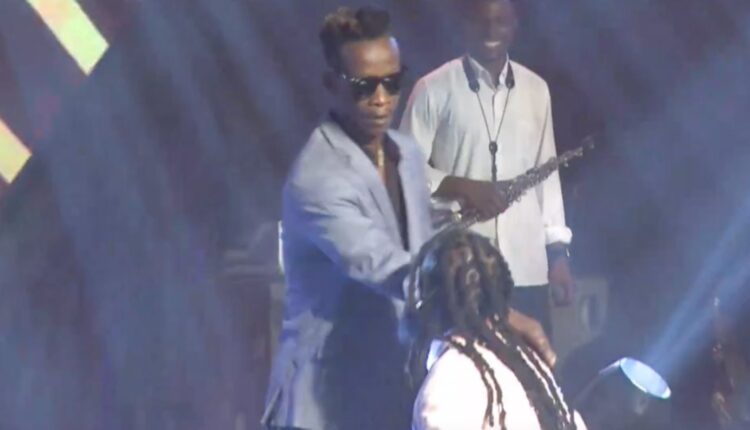 Revered Ghanaian reggae and dancehall artist Samini got the surprise of his life when former groupmate K.K. Fosu joined him on stage at the just ended Samini Xperience Concert.

While advertising his yet to be outdoored ‘pitoo’ in a bottle after dishing out several hit records, Samini heard a familiar instrumentation which caused him to pause saying; “this beat sounds familiar”.

A surprised Samini kept turning to the bandsmen to inquire what was happening only to see former labelmate K.K. Fosu bump up on the stage.

For many who are familiar with the duo’s impasse, Samini knelt right in front of K.K. Fosu as the latter gave him a pat on the back. They then went ahead to perform one of their hit singles Sudwe.

Watch as Samini bows and perform together.

Gyinyark Light World Opens In Kumasi Ahead Of Christmas