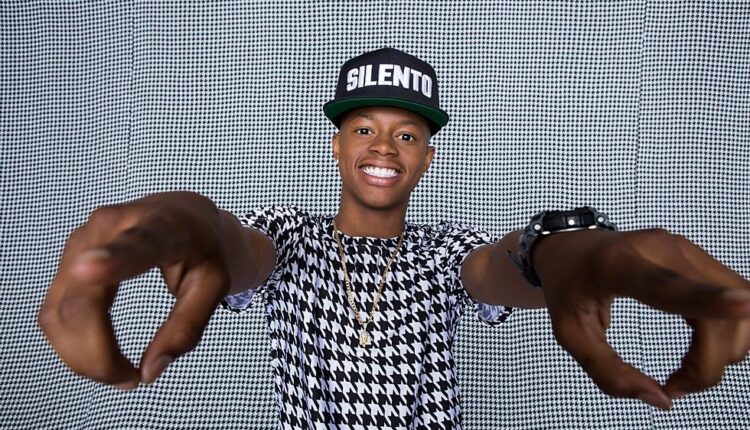 Viral rapper Silento has been on a tier of disparaging behaviour for several years now but his most recent incident may be the glacier that permanently sinks his career.

According to a Twitter blast made by the Georgia DeKalb County Police Department official account, the Georgia-born creator of the “Watch Me (Whip/Nae Nae)” dance had been apprehended for the alleged murder of a man 11 years his senior.

Today, Ricky Hawk, 23, was arrested for the murder of his cousin Frederick Rooks, 34. On January 21, the DeKalb County Police Department investigated Rooks' death after he was found shot on Deep Shoals Circle. Hawk is in the DeKalb County Jail charged with Murder. #WeAreDKPD pic.twitter.com/AfaA8CtXgx

Upon further combing through local law enforcement testimony, The Atlanta Journal-Constitution discovered police learned Rooks was actually cousins with Silento and they say he was the one responsible for his January 21 shooting death.

“However, after a thorough investigation, DKPD detectives identified Hawk as Rooks’ cousin, and the person responsible for Rooks’ murder,” police spokeswoman Michaela Vincent said in a statement to the publication.

While no motive has been uncovered as of publishing time, the official police report states they collected eight bullet casings at the scene and multiple residents’ surveillance videos and angles show at least one gunshot being fired and several high-speeding cars fleeing the scene.

Best known for his inaugural single, 2015’s “Watch Me (Whip/Nae Nae)” (which peaked at No. 3 on the Billboard Hot 100, was certified six-times platinum but most importantly, predated the TikTok/Triller rap song euphoria many artists enjoy these days), the ensuing years haven’t bred as much success for the formerly purported rap sensation.

After staving off death rumours for years, he spent a notable part of his 2020 being in and out of jail.

Last September, he was busted for allegedly wielding a hatchet and other domestic violence towards a girlfriend inside a California home. That case is still pending as well.