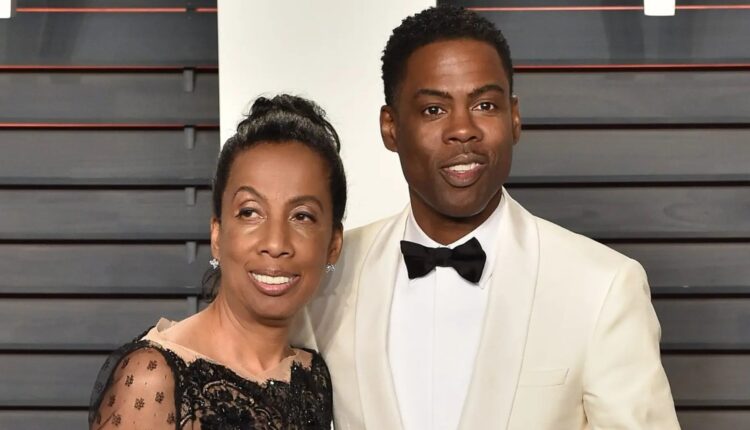 Rose Rock, the mother of celebrated comedian Chris Rock has for the first time ever, spoken out about the shocking incident when her son Chris Rock was slapped on live television by actor Will Smith after Chris Rock made a joke about Jada Pinkett-Smith’s hair.

“You reacted to your wife giving you the side-eye and you went and made her day because she was mulled over laughing when it happened.”

Rock says this is the one year she did not attend the Oscars and was watching the ceremony at home when her son was slapped in front of millions.

Rock says she initially thought the slap was staged, until ” he [WIll] started using obscenities.” She went on to say, “when he slapped Chris, he slapped all of us,” Rock said, adding “he really slapped me.”

According to Rock, her son Chris Rock was very excited to give Questlove his Academy Award, and because of Smith, that moment was taken away.

“No one even heard his speech. No one was able to just be in the moment because everyone was sitting there like, ‘what just happened?’” she said.

She said the only thing she could do from home was reach out, and tell him she was proud of how he reacted. Which, as a mother, was hard to do.

Rock said so many things could have happened at that moment, stating Chris could have stepped back and fallen or Smith could have even been taken out in handcuffs.