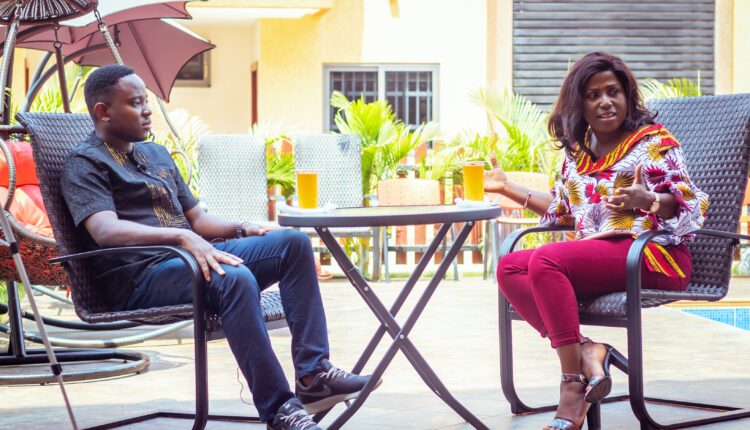 Multi award winning Ghanaian Gospel musician Diana Antwi Hamilton has advised that people avoid asking married couples when they will make babies as that could be emotionally draining.

The musician who has had her own  experiences in a very sensitive interview with NY DJ on BTM Afrika revealed such questions were draining to most couples and could break them down emotionally.

Blessed with twins after 5 years of marriage, Diana revealed she cried at the end of every month but had so much hope  and believed  God  would answer her prayers.

“At the end of every month, I cried, so you can imagine for five years because I gave birth almost 6 years into marriage but I was very quick enough to wipe it off and tried every month. However, I am woman of God and not a God of woman so the human side of me will come in and so I will be sad” she said.

Don’t give people unnecessary pressure.  It’s either they are trying and it’s not happening (it’s none of your business because you can’t help), they have no plans of having kids as yet or  are battling with the emotional stress of experiencing a miscarriage . Don’t freshen up a wound that is  closing up and so let’s stop it”, she said.

Watch full video interview from below.

Trigmatic Breaks Silence On Allegations Of Fathering A Child With Akua…