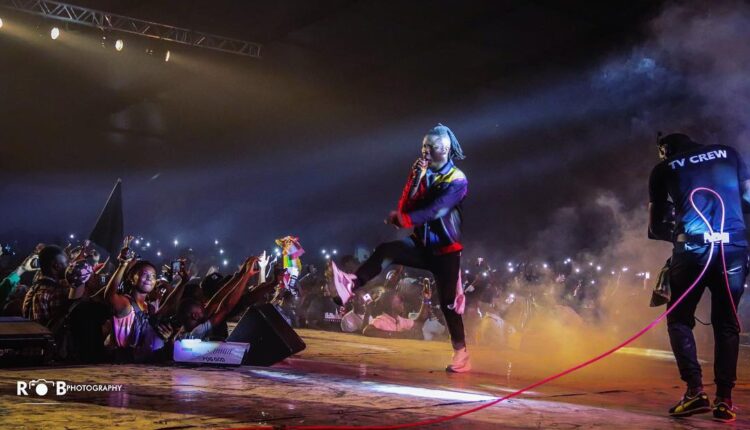 The Chairman of Afro-Arab Group of Companies, Alhaji Abdul Salamu Amadu yesterday surprised the Bhim Nation president, Stonebwoy with a $50,000 gift at the Fantasy Dome on the sidelines of his Bhim Concert in Accra.

According to Alhaji Amadu, the sum which was put together by Afro Arab and friends was to support the amazing career of Stonebwoy who is a shining example of what the Ghanaian youth is capable of with support.

Alhaji Amadu, a multiple 40 Under 40 Award winner has been a long time fan and collaborator of Stonebwoy who he describes as a brother.

“Stonebwoy is my brother and I just wanted to support him with this donation because he is a very good guy,” Alhaji Amadu said in an interview with Graphic Online.

Alhaji Amadu who was delighted with all the performers at the Bhim Concert described the show a resounding success and an example of how events should be organised in Ghana.