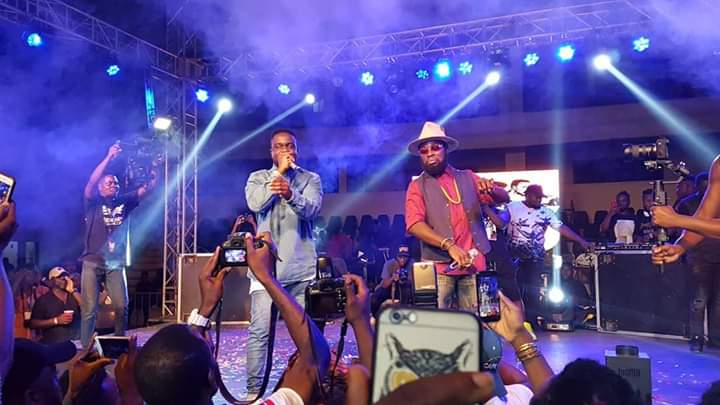 For the very first time in a long while, two of Ghana’s finest rap artists M.anifest and Sarkodie joined hands to perform on one stage and guess which platform that was? #Manifestivities18.

Yes, the two many believed to be ‘beefing’ set the Bukom Boxing Arena on fire as M.anifest called for peace and unity among artists.

This has been well received by many who believe 2019 should be a good year for Ghanaian artists should they forge ahead in unity.

M.anifiestivies is an annual music concert held by M.anifest. This year’s edition had guests including Simi, Kwesi Arthur, Efya, B4Bonah and many others.

Sarkodie is also readying for his much awaited Rapperholic concert which comes off on December 25 at the Accra International Conference Centre.

The question however is, would M.anifest reciprocate this ‘kind gesture’ at Rapperholic come December 25?