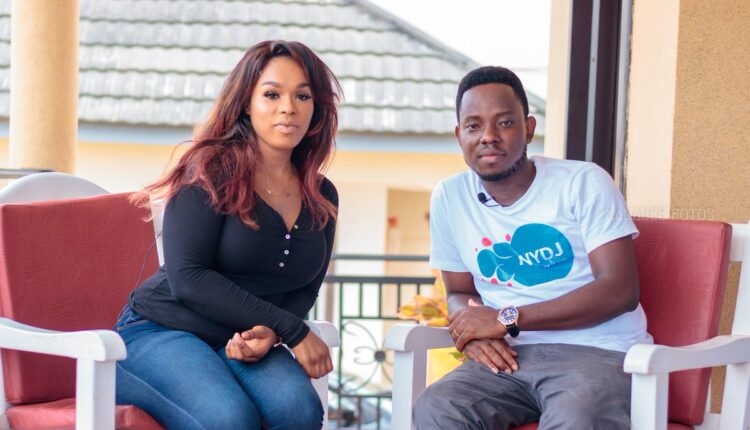 Bursting unto the Ghanaian music scene as one of the finest female rap artists (Boss Chic) in 2011, Christelle Akua Sika Amankona well known as Lousika has had to go on a musical hiatus for a while.

Speaking in a very exclusive interview with NY DJ on BTM Afrika, the No Be Alo hit maker revealed how she had to deal with all the emotions that came with suffering two miscarriages in her young life as a married woman hence putting the music career on hold.

“In 2016, I dropped a track with Shatta Wale. We had a whole situation planned out. We were supposed to do a video etc and boom! I got pregnant. That wasn’t part of the plan though but unfortunately I had a miscarriage, a baby boy. Then, it was a lot because it was my first time going through such thing so it was a very hard moment for me. I didn’t want to see anybody. It was some kind of depression added to it so I was really feeling like… (working on any music)

Not once, Lousika suffered another miscarriage which almost broke her down.

“I picked it up in 2017 and we dropped something and when I was on the point I got pregnant again… that one too unfortunately, I also had a miscarriage so it was a lot. I had a lot..” she revealed.

Blessed with two beautiful daughters at the moment, Lousika is happy and warming herself back into the music industry as she reveals she has recorded a number songs and featured several artists including Obrafour, Mr. Eazi, Shatta Wale, Sista Deborah and many others.

KNUST Bans Sports Betting and Gambling Among Students On Campus