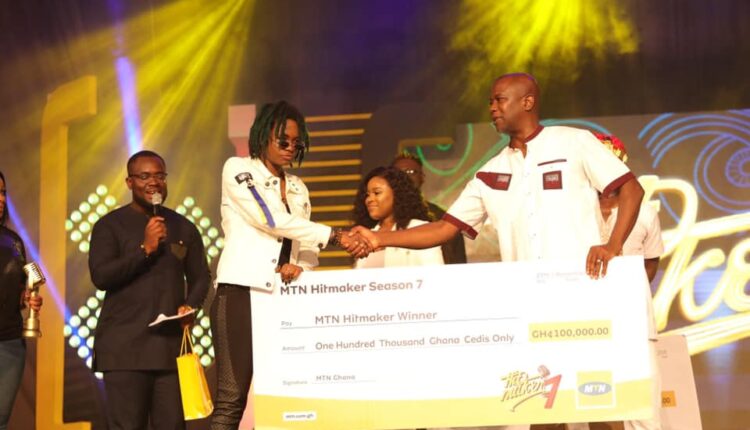 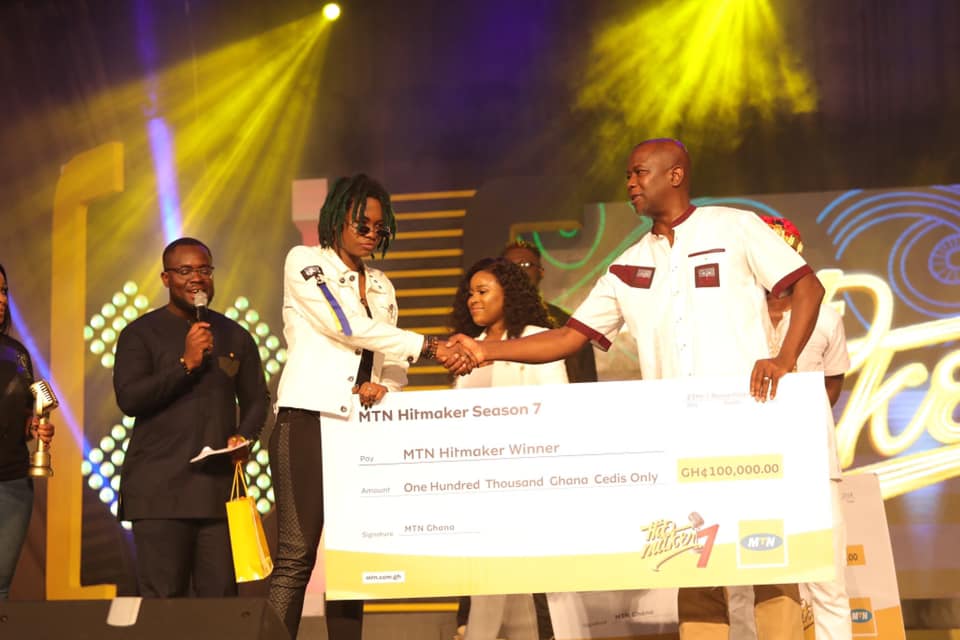 It’s been a year since Freda Rhymes was crowned winner of MTN Hitmaker Season 6 and for the second time running, a lady is a winner.

Yes! Today, a new queen has been crowned winner of MTN Hitmaker and it is none other than OV.

For her prize, OV won a prize package valued at GH¢100,000, as well as $5000 for the production of a music video from Content Connect Ghana.

OV faced stiff competition from the likes of Erza Tamaa, Amakye and Awal.

Placing fourth was Erza Tamaa with Amakye coming in third and Awal clinching the second spot.

Backed by the Patch Bay Band, the four finalists competed in two rounds; first they performed cover versions of songs from popular artistes, then they performed their original compositions for the final round.

O.V won the hearts of all the judges with Mark Okraku and Kaywa declaring her winner even before the final verdict.

Watch the crowning of OV as MTN Hitmaker 7 winner.