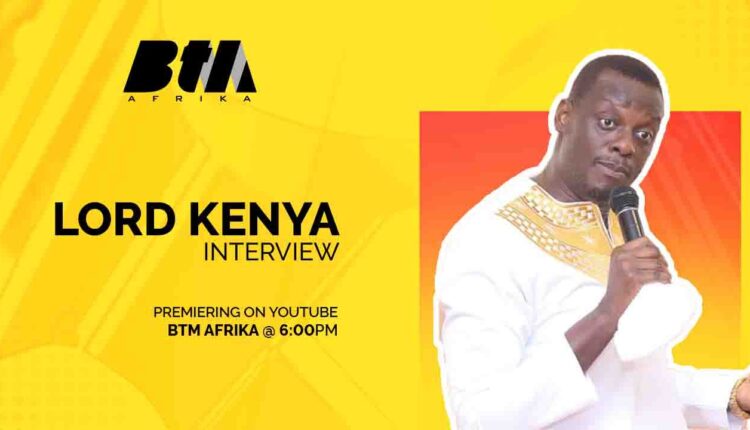 Hiplife artiste turned Evangelist Lord Akpor Kenya has revealed he is not surprised at the actions of Kennedy Ohene Agyapong, Member of Parliament for  Assin Central in stripping naked some men of God on television.

The leader of Face of Grace  Church located in Kumasi in an exclusive interview on the all-new BTM Afrika revealed he had warned years ago such a turn of events especially considering the numerous attempts by several individuals to dupe people in the name of ministry.

“Some of us spoke about this years ago but people would just not pay attention. We spoke about how some pastors are duping others, sleeping with the wives of church members,  falsifying things and that’s exactly what Kennedy Agyapong is going after TV. I cautioned these abominable acts would cause disaffection for the church and cause others to chase us in the churches and that’s exactly what’s happening,” he said

Although, a good call, Evangelist Lord Kenya admonished the few unscrupulous individuals who have taken advantage of the expose by Kennedy Agyapong to tear down the church with no apparent reason to desist from that as they would face the wrath of God.

Celebrating a decade since his call into Ministry, Lord Kenya who has recently been in the news regarding  Okomfour Kwaadee and his rehabilitation process also opened up about how the family of the artist has restricted access to him despite the willingness to help him.

Surprise! Family And Friends of Yaw TOG Pull A Big Surprise On His…