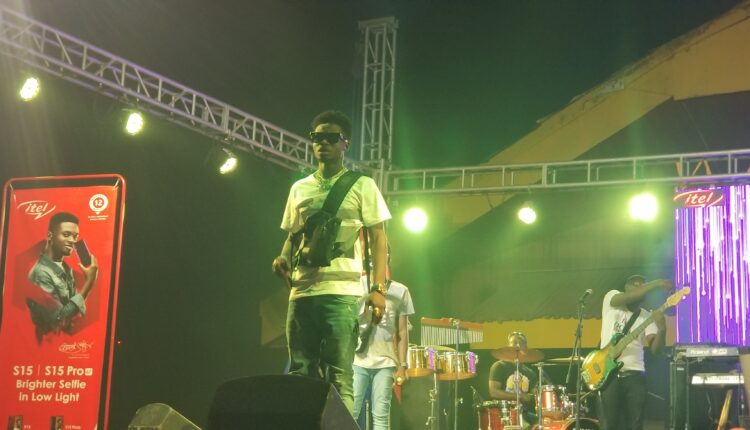 The Rockstar, Kuami Eugene honoured his promise of giving to  Kumasi a wonderful experience on Christmas Day with Rockstar Concert ’19!

Leading his label mates from Lynx Entertainment, (Kidi, Dope Nation) Kuami Eugene joined fans on a float through the major streets of Kumasi during the day and made some stops to interact with fans ahead of the concert at the Jubilee Park.

With adrenaline running high and fans expectant of a good show after a great warm up by DJ Lamar and Koo Sebor, Kuami Eugene made a grande entry with his recent hit single Obiaato which received massive chants from the energetic crowd.

In between his performances, Kuami Eugene was joined by  Kwaku Manu, Lilwin, Dope Nation, Kidi and Okyeame Kwame who also got the fans dancing and chanting to various choruses.

Kuami Eugene ended on a high note having performed over 20 hit songs on the night.

The Rockstar Concert ’19 was nothing short of a thrilling experience.

The event was sponsored by itel, Kasapreko with supports from SAQS Pharmacy, NYDJ Live Media, Pure FM and Kessben Media.