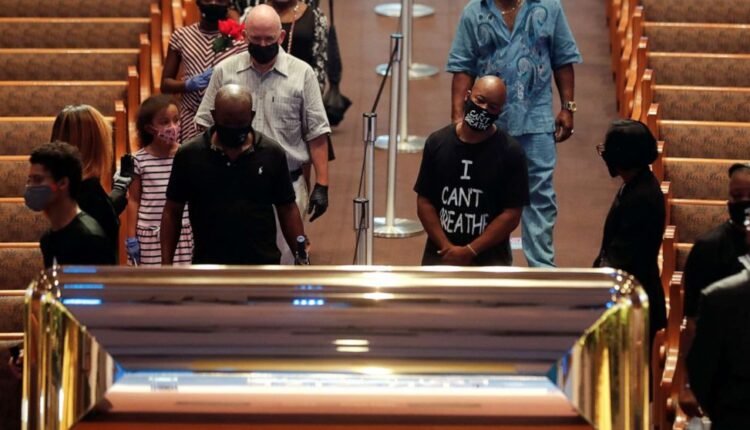 Ghana and its president Nana Akufo-Addo were given a special acknowledgement during the funeral service of George Floyd, an African-American man who was killed by police during an arrest in Minneapolis on May 25, 2020.

“The family of Geroge Floyd would like to acknowledge the message of solidarity, resolution and visual tribute from His Excellency Nana Akufo-Addo, the President of Ghana. Yesterday, during the memorial, a video produced by the people of Ghana was broadcast for thousands of mourners as they paid their final respects to Mr Floyd.

The family is honoured by President Akufo-Addo the decision to have Mr Floyd’s name permanently mounted …,” parts of the statement read.

On Saturday, June 6, 2020,  The Year of Return Committee of the West African country in partnership with the African Union of Diasporan Forum laid wreaths in Accra in memory of George Floyd at the DuBois Centre in Accra.

This followed a petition sent to the U.S. Embassy on June 1 calling for the safety of members of the black community in the United States.

The Minister for Tourism, Mrs Barbara Oteng Gyasi, called on all Africans both on the continent and in the diaspora to take a cue from George Floyd’s death and unite to ensure the growth and development of the continent.

Singer-Doctor, Knii Lante Back With An Afrobeat Smash Hit ‘Never…