Video: Cardi B blasts Trump over government shutdown: ‘Our country is in a hellhole right now’ 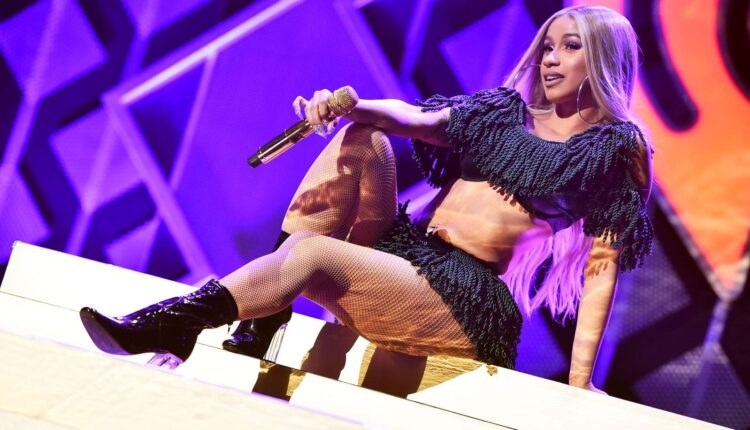 Cardi B would like a NSFW word about the state of the government shutdown.

On the heels of President Donald Trump ordering thousands of government workers to return to their jobs Tuesday, despite the fact that they still won’t get paid, Cardi B aired her grievances on Instagram.

“Trump is now ordering, as in summoning, federal government workers to go back to work without getting paid,” she said Wednesday. “Now, I don’t want to hear any of y’all (expletive) talkin’ ’bout, ‘Oh, but Obama shut down the government for 17 days.’ Yeah, (expletive)! For Healthcare! So your grandma could check her blood pressure and you (expletive) could go check y’all (expletive) at the gynecologist with no (expletive) problem.”

Cardi continued, calling for action: “Our country is in a hellhole right now. All for a (expletive)’ wall.”

The government shutdown, officially longest in U.S. history, is now on its 26th day. Among furloughed federal employees ordered back to work without pay are those who inspect planes, issue tax refunds, monitor food safety and facilitate the sale of offshore oil drilling rights.

On Wednesday, Trump also signed legislation guaranteeing that furloughed workers will be paid retroactively. The bill, which cleared both the House and the Senate last week, does not spell out specifically when workers will see the money.

The current shutdown was triggered by a fight between Trump and congressional Democrats over funding for a wall along the U.S-Mexico border. Trump wants $5.7 billion to build the structure, but Democrats say a wall would be costly, ineffective and – in the words of House Speaker Nancy Pelosi – an “immorality.”

CEO Of Sikanie Motors Offers 15% Discount On All Cars, Provides 50…

I Have Not Decided On Contesting For The GHAMRO Chairman Yet –…