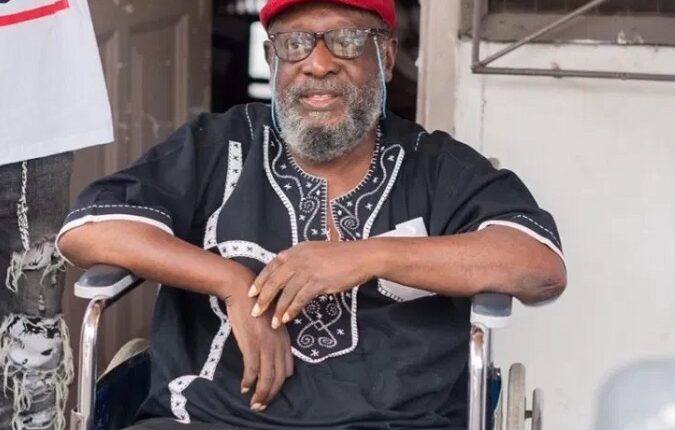 The news of his death was confirmed by his younger brother PaJohn Bentsifi Dadson.

“It is with great regret that I announce the passing of my elder brother Emmanuel Kojo Dadson, after suffering kidney failure.

Mr Dadson, 68, lost his wife two weeks ago. He was hospitalized last Friday after he became weak and dehydrated, and was diagnosed with kidney disease.

He slipped away after undergoing his first dialysis treatment at Korle Bu hospital on Tuesday, February 9, 2021.

Funeral arrangements will be announced later.”

Emmanuel Kojo Dadson had been recovering from a stroke he suffered in 2012 and which kept him wheelchair-bound for eight years.

A veteran actor, Mr Dadson was the lead in the popular Revele Production sitcom, Home Sweet Home, with Rama Brew.

He also starred in many movies including Genesis Chapter X, 1967, Love Brewed in the African Pot, 1980, among others.

Together with Kofi Bucknor of blessed memory, they formed the 70s hit musical drama production, African Connection with their group Talent Incorporated. In 1978, they were selected to represent Ghana at the 11th World Festival of Youth and Students in Havana, Cuba.

Later, he formed his own band, Black Generation and entertained many events and functions.