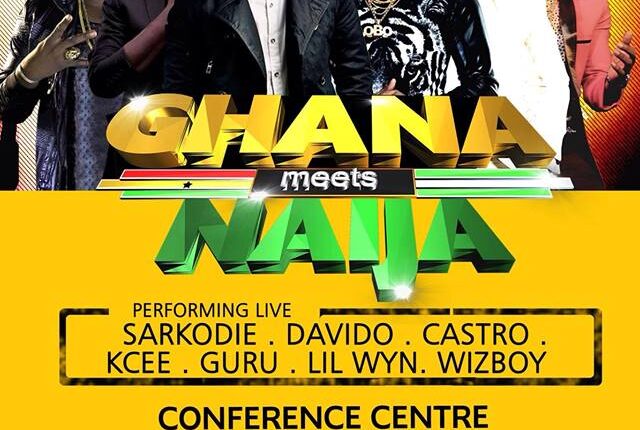 The excitement is intensifying as the 4th edition of the GHANA meets NAIJA returns with greater packages for music fans across Africa and the world. From all spheres and works of life, this event according to entertainment enthusiasts, has got the nation’s grip.

As we know, the finals of the UEFA Champions League takes place on that same night between two teams with a Capital connection: Atletico Madrid & Real Madrid, organizers of the mega jam have decided to provide screens for all patrons who will be at the venue early.

A quick history about the two Madrid teams, thus, is: Atletico Madrid v Real Madrid will be the first final of a European cup competition to feature teams from the same city. The 40 years separating Atletico’s two appearances in the European Cup final (1974 & 2014) exceeds the 38-year wait by Inter Milan (1972 & 2010). It will be the 17th time that two teams from the same country have met in a European final. There has been one previous all-Spanish final in the Champions League when Real Madrid beat Valencia 3-0 in 2000.

As part of making this night a true experience to relish, organizers have also promised spectacular surprises.

The 4th edition of GHANA meets NAIJA is brought to you by the nations’ BEST telecommunication network, MTN with support from Unibank – official sponsors of the Black Stars, Smirnoff – World’s no 1 Vodka, Africa World Airlines, Oak Plaza Hotel and Atlas Rent A Car.