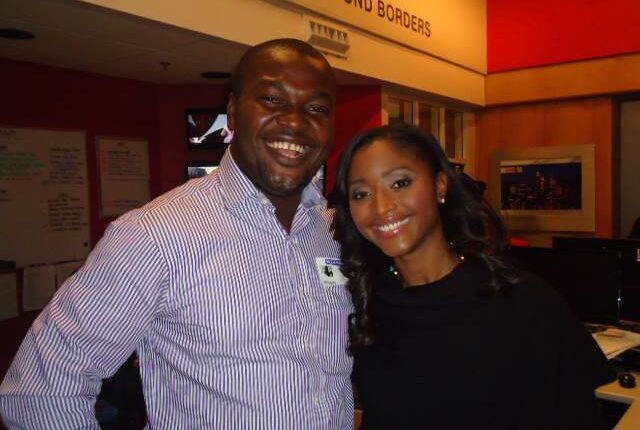 He might not have enough power as it were to challenge the President of Ghana, His Excellency John Dramani Mahama but he could challenge him to picture contest as he beat the President to it by going an extra mile to take a shot with Isha Sessay.

Remember the president shot some pictures at the CNN which got so many talking on social media?

Isha Sesay is an English journalist of Sierra Leonean descent, and an anchor for CNN International and HLN. Based at the network’s world headquarters in Atlanta, she hosts the news programs CNN NewsCenter and BackStory

Yaw Sakyi is perhaps going back to his old bad boy ways, lol

Jay Z and Beyonce Beat The Obama’s to No.1 Power Couple in America