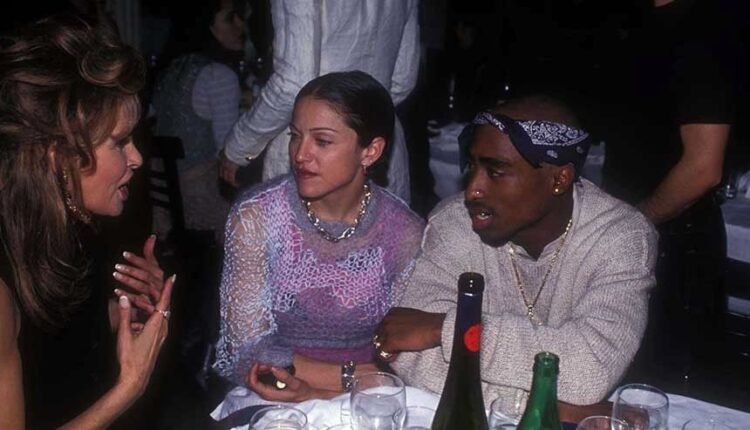 Tupac Shakur told Madonna in a letter he broke up with her because she is white.

The late rapper wrote the revealing note, which is up for auction, in January 1995 while he was in jail. He claimed that while he never intended to hurt the singer, he felt pressure to maintain his image.

“For you to be seen with a black man wouldn’t in any way jeopardize your career, if anything it would make you seem that much more open and exciting,” Shakur wrote in the letter, which was obtained by TMZ.


“But for me at least in my previous perception I felt due to my ‘image’ I would be letting down half of the people who made me what I thought I was,” he added.

In 2015, Madonna appeared on Howard Stern’s SiriusXM radio show and announced she once dated Shakur.

“I was mad at [David Letterman] when I said the F-word a lot,” she explained on the infamous appearance, which took place on “The Late Show with David Letterman” in 1994. “I was in a weird mood that day. I was dating Tupac Shakur at the time and the thing is he got me all riled up on life in general. So when I went on the show I was feeling very gangsta.”

Shakur was shot and killed on Sept. 7, 1996 at age 25 after attending a Mike Tyson boxing match in Las Vegas.

The starting bid for the letter is $100k and will go up for auction July 19-28. TMZ added the last letter written by Shakur sold for more than $170k.