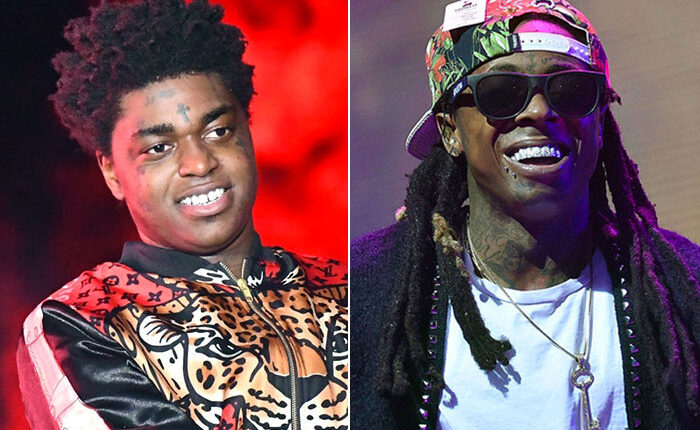 The White House announced early Wednesday that President Donald Trump has granted a pardon to rapper Lil Wayne and a commutation to rapper Kodak Black, two of the raft of pardons and commutations on his final day in office.

“President Trump granted a full pardon to Dwayne Michael Carter Jr., also known as ‘Lil Wayne,'” the statement from White House press secretary Kayleigh McEnany read. “Mr. Carter pled guilty to possession of a firearm and ammunition by a convicted felon, owing to a conviction over 10 years ago. Brett Berish of Sovereign Brands, who supports a pardon for Mr. Carter, describes him as ‘trustworthy, kind-hearted and generous.’”

“Mr. Carter has exhibited this generosity through commitment to a variety of charities, including donations to research hospitals and a host of foodbanks. Deion Sanders, who also wrote in support of this pardon, calls Mr. Wayne ‘a provider for his family, a friend to many, a man of faith, a natural giver to the less fortunate, a waymaker, [and] a game-changer.’”

The decisions mark another example of Trump rewarding someone he perceives as loyal. Trump, who has been largely lambasted by Hollywood during his tenure in office, has relished praise from celebrities and is rewarding the rapper, also known as Dwayne Carter, who expressed support for his campaign in the final days of the 2020 campaign.

Lil Wayne, a multi-platinum artist and record label founder who has won five Grammys, pleaded guilty to illegal gun possession on December 11, 2020, after a December 2019 arrest, and was facing up to 10 years in federal prison as he awaited his sentencing later this month.

Lil Wayne had been charged with criminal possession of a firearm and ammunition as a prior felony offender. Prosecutors said the gold-plated, .45-caliber handgun carried in a bag on a private flight was loaded. He was arrested in December 2019 as he arrived on a flight from California at the Opa Locka Executive Airport near Miami. Officers spoke with the rapper, who told them that he had a gun in his bag, officials said.

Kodak Black, whose real name is Bill Kapri, was sentenced to more than three years in prison on weapons charges in November 2019. He pleaded guilty in August 2019 to knowingly making false written statements when trying to acquire firearms from a federally licensed firearms dealer. US District Judge Federico Moreno in Miami sentenced Kapri to 46 months in prison, followed by three years of supervised release.

In April 2019, he was arrested on separate gun and drug charges near Niagara Falls, New York, while trying to enter the US from Canada. Kapri faced allegations of criminal possession of a weapon second degree and unlawful possession of marijuana.

He pleaded guilty in that case in March. The sentence was to be served concurrently with the case out of Miami.

Kapri was also indicted by a grand jury in South Carolina in 2016, accused of first-degree criminal sexual conduct.

“Kodak Black is a prominent artist and community leader,” McEnany said in the statement.

“He has served nearly half of his sentence. Before his conviction and after reaching success as a recording artist, Kodak Black became deeply involved in numerous philanthropic efforts. In fact, he has committed to supporting a variety of charitable efforts, such as providing educational resources to students and families of fallen law enforcement officers and the underprivileged.

In addition to these efforts, he has paid for the notebooks of school children, provided funding and supplies to daycare centres, provided food for the hungry, and annually provides for underprivileged children during Christmas.

Most recently while still incarcerated, Kodak Black donated $50,000 to David Portnoy’s Barstool Fund, which provides funds to small businesses affected by the COVID-19 pandemic. Kodak Black’s only request was that his donation goes toward restaurants in his hometown.”

BRAVE And Sincerëly Partner To Tackle Period Poverty In Ghana

Megan Thee Stallion And Pardison Fontaine Go Public About Their…

Politics Has Destroyed The Fighter Mark Okraku Mantey Was –…