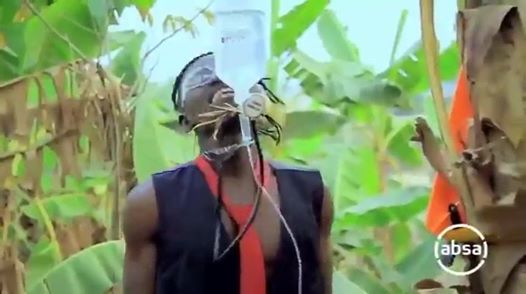 Barclays Bank Ghana has disassociated itself from  a video being circulated on social media with its logo on it.

As hilarious as it may be, it still didn’t look cool to many especially as the Absa logo was spotted in  the video, a clear indication that the video was meant for promotional/commercial purposes.

This immediately sparked social media conversations with many including A Plus accusing the bank of copyright infringement and abusing the young talent.

This is so Unfair Barclays Bank / ABSA 🙅🏿‍♂️ pic.twitter.com/VL9vH8N2wr

However, in a release sighted by www.nydjlive.com, Barclays Bank denies commissioning any individual for the said production.

It  also warned people to desist from using the bank’s logo illegally.

The video initially shared by Lilwin has since been deleted. However, it found itself on several platforms with others sharing and condemning the act.

Parts of the statement from the bank read;

“Our attention has been drawn to a music video with the song “Attaa Adwoa” circulating on social media with the Absa logo.

“We wish to distance ourselves from the said video and to state that neither Absa nor Barclays has commissioned anyone to produce of use our logo for such a production. We have further instructed them to desist from the use of the Absa logo as well as further sharing of the said video.”

Lilwin  is yet to speak to the issue.