Trouble Looms As Another Woman Claims to be The Wife of late Buk Bak Member, Ronnie Coaches? 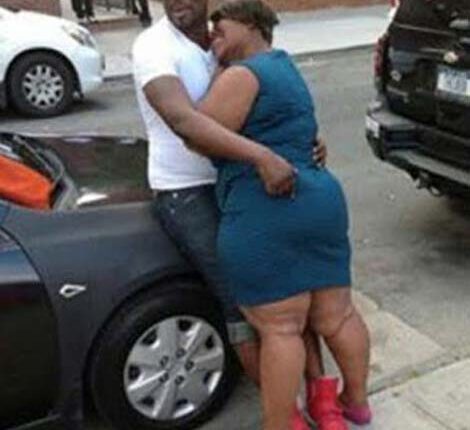 Just a few days after his death, the Daily Guide reports that confusion has erupted over who has the right to call herself the legally married wife of the late hiplife artiste, Ronnie Coaches of Buk Bak fame. This was after the name of a certain Ophelia was bandied about as his legally married wife hours after Ronnie passed on due to heart failure.

Ophelia, the supposed wife, subsequently granted interviews to several media houses in Accra in which she spoke of life with the late musician.

But just a day later, another woman, a New York-based Ghanaian who identified herself as Cynthia Blessing Takyiwaa surfaced, claiming to be the legally married wife of Ronnie.

Speaking on Accra-based Pluzz FM on Friday, Blessing, as the ‘new wife’ preferred to be called, said she met Ronnie in 2009 but got officially married to him on January 4, 2013 at Mamponteng in the Ashanti Region. Furthermore, she claimed to be carrying a baby for the ‘kluu blofo’ musician.

This was during an interview with the station’s morning show host, Kwame Tutu.

Blessing subsequently sent pictures of her and Ronnie, including one taken during their traditional marriage ceremony, to the host of the programme as proof of her claims.

She therefore wondered why some other woman (referring to Ophelia) would pride herself as the legally married wife of the late Ronnie.

Moments after the interview with Blessing, another lady by name Gifty, also waded into the controversy, making the issue murkier.

She claimed to have an eight-year-old son with Ronnie Coaches and confirmed knowing Ophelia as the “recognized wife” of the late musician for which reason she discounted Blessing’s claims.

Gifty, who said she was married to another man, however, alleged that the late hiplife artiste had four kids with four different women.

She therefore charged the media to do well to ascertain who Ronnie’s legally married wife was, before his death Thursday morning.

Mark Okraku Mantey is a Hypocrite and Fool – Roro Buddy

Jupitar walks off stage in Ho Polytechnic. Read Why