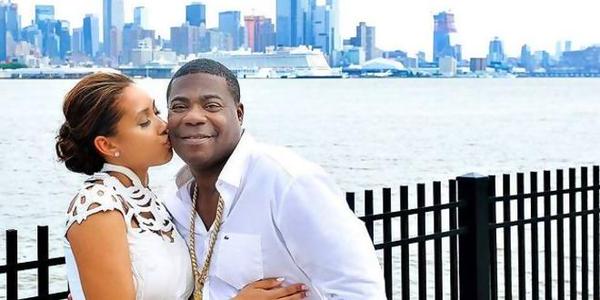 Tracy Morgan has married his fiancee Megan Wollover. The comedian tied the knot with his longtime partner in an emotional ceremony held on Sunday night, August 23, his rep confirmed to PEOPLE.

The wedding happened just a little over a year after Morgan got involved in an accident that left him with severe injuries and killed his friend James McNair. The “30 Rock” alum suffered from a broken leg, femur, nose, ribs and a traumatic brain injury after his limousine was hit by a Walmart truck on the New Jersey Turnpike.

“After almost losing Tracy last year, I am so grateful to finally be married to the love of my life,” Wollover said of finally getting married to Morgan in a statement to PEOPLE. “I’m so excited to see what our future holds and feel so blessed to spend the rest of my life with Tracy!”

Morgan and Wollover began dating in 2011 and welcomed their first child together in 2013. Their 2-year-old daughter Maven was among close family and friends attending the Sunday ceremony.