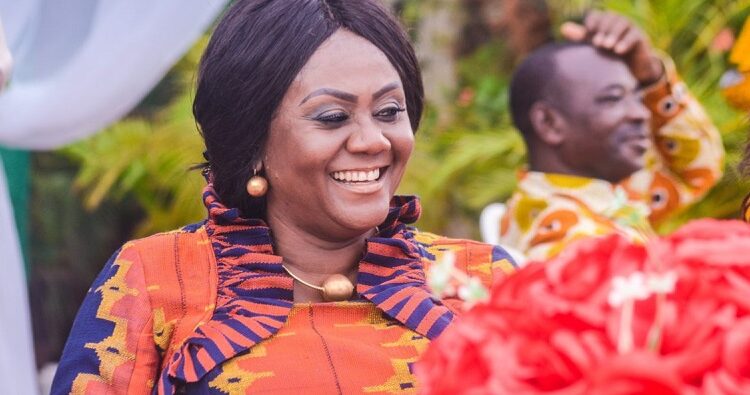 Tourism, Arts and Culture Minister, Barbara Oteng-Gyasi has refuted claims that the ministry has paid $4.5 million to host the All Africa Music Awards – AFRIMA for three (3) years.

In an interview with Nana Adwoa of Atinka TV, the minister of Tourism, Arts and Culture disclosed the government paid “something little” to the organizers of AFRIMA as a fee for the hosting right.

Contrary to an estimated $4.5 million which was disclosed by the then Minister of Tourism, Arts and Culture, Madam Catherine Afeku to have been paid by the government, Madam Barbara Oteng-Gyasi revealed the ministry never really paid that amount.

Madam Catherine Afeku revealed that Ghana will expend  about  $4.5 million on the organization on three years edition of the All Africa Music Awards. This contractual obligation brought a lot of discontentment from the creative arts industry.

However, when Madam Catherine was reassigned by the President of Ghana, the minister-designate for Tourism, Arts and Culture Barbara Oteng-Gyasi during her vetting with the Appointment Committee on March 15, 2019, expressed her commitment in reviewing the controversial AFRIMA contract.

The 5th Edition of the All Africa Music Awards – AFRIMA was in tandem with the government’s national development agenda to the growth of culture and the creative arts.

It was estimated to boost the tourism economy of Ghana and the creation of opportunities for artists and investors in the culture and creative arts industry of Ghana.

Reports picked up by Ghana’s Hub For Pop Culture & Urban Entertainment  -www.nydjlive.com indicates this year’s AFRIMA may be held in Cameroon.

PHOTOS Emerge From Kwesi Arthur’s Sold Out Show In London