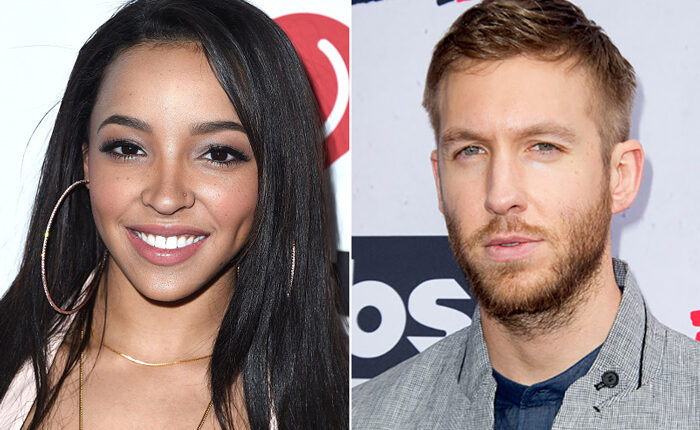 Love is in the air.

Following his high-profile breakup with Taylor Swift, Calvin Harris has moved on to Tinashe, according to Page Six, which cites a source who claims that the two are “casually” in a relationship.

“They have been seeing each other on the DL,” says the insider. “It’s only been weeks, so it’s still pretty casual right now. They’ve been on a few dates.”

Tinashe and Calvin met back in 2014 while reportedly writing songs for Rihanna. During those sessions, they collaborated on “Dollar Signs.” Since then, the insider says, they’ve “stayed in touch and recently started hanging out again.”

That includes a Saturday date at Nobu in Malibu where they were “clearly” on a date, according to another source. “They were super close.”

Tinashe is currently working on her long-awaited sophomore album Joyride. Last week, she debuted the lead single “Superlove.” Meanwhile, Harris is readying the follow-up to 2014’sMotion featuring the Rihanna-assisted single “This Is What You Came For.”