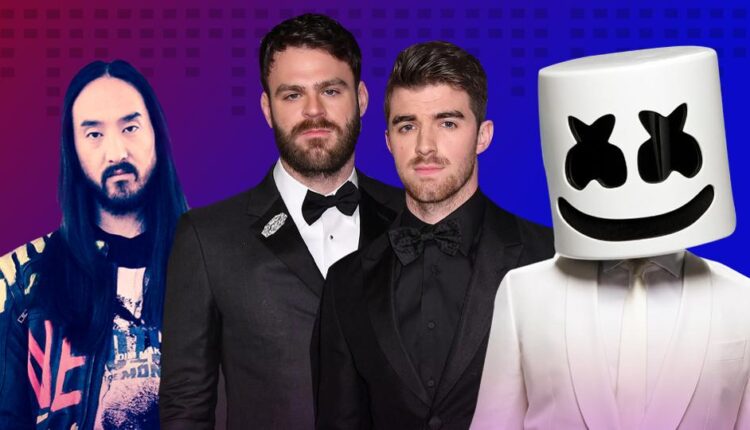 This scene last April kicked off Marshmello’s residency at the new Kaos Dayclub and Nightclub at the Palms Casino Resort in Las Vegas, part of a megadeal  worth  $60 million.

Even with that massive haul, Marshmello isn’t the highest-paid electronic act in the world—that honor goes to the Chainsmokers, who garnered $46 million in pretax income over the past year. The duo of Drew Taggart and Alex Pall top our annual Electronic Cash Kings list with their biggest earnings year yet, dethroning Calvin Harris after  six consecutive  years at No. 1.

The top 15 acts clocked $358 million in pretax earnings over the past 12 months, $272 million of that coming from the top ten, up a tick from  last year’s  collective $260 million. Much of the increase is thanks to Marshmello’s earnings nearly doubling since last year‒an aberration among his peer group.