The VGMA Board Did A Lazy Job – Bull Dog 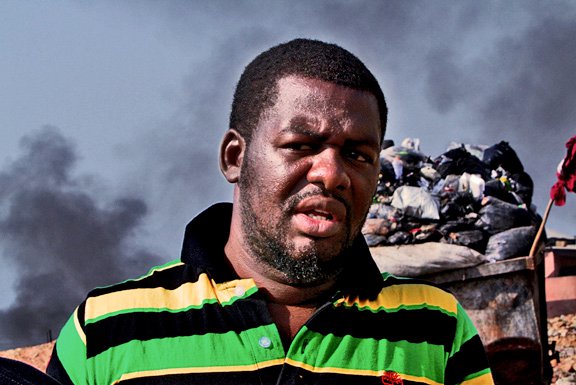 Artiste manager and chief executive of Bull Haus Entertainment, Bull Dog asserts it is very unpardonable for the nomination board of the Vodafone Ghana Music Awards (VGMA) to continue repeating petty basic mistakes for 15 years in a row.

Speaking to News -One, the outspoken manager  lashed at both the board and organizers of the award, Charter House and described the nominees list released this year as “the worst nomination list ever in the history of the Ghana Music Awards.”

“For an industry person and from where I sit, I think they did a lousy job. There are some petty mistakes that for about 15 years of doing this very thing year after year, you shouldn’t be making.”

“It is a human institution but then when the mistakes are too petty some of us will talk about it. If they had done worse jobs in the past, they could have done a better job because as we move forward we need to learn. In the past, research was one of the most difficult things to do but these days there is the internet. You can go on there and check some of these things or speak to experts who know these things. Today, the research instruments or organs are plenty,” he added.

Citing Joey B as an example, Bull Dog disclosed he made his first appearance in D-Black’s  Vera in 2012 and released his Strawberry Ginger single in the same year and clearly did not deem fit for the category.

He also touched on Kumi Guitar who released a song two years ago and only changed his name to make it seem he was new.

He continued: “A category like Reggae and Dancehall that they have boxed together it is not fair. For the past 14 months, it has been Reggae and Dancehall that has been ruling this country so if they say they couldn’t find any Reggae song then I think they didn’t do their job well. BASS Awards, a whole awards scheme dedicated to reggae and dancehall saw a lot of entries in their scheme. So are they saying they couldn’t have researched more to even give that genre of music an opportunity to be able to be part of a Ghana? VGMAs is sometimes considered the biggest award scheme of all so if they can’t even do due diligence and find out what is trending when it comes to Reggae and Dancehall, it’s funny.”

Bull Dog is not the first to criticize the board for the nominees list.

Wutah PeeVee, Stonebwoy and Gasmilla have also made public their concerns regarding the awards, while many others are grumbling but do not want to go public.

Akesse Brempong Debuts at No.10 on World TOP 20 Gospel Chart