The unending cry of the Ghanaian youth on social media 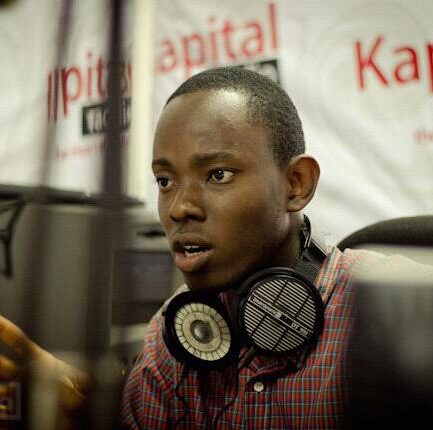 It is quite clear that social media is now a part of us whether we like it or yes and nothing can be done about it.

I can say that as a blogger and broadcaster, I spend more time on social media than anywhere else and know exactly what has been happening at least within my circus. In recent times, civil unrest and other actions that took place in other parts of the world were fueled as a result of campaigns that started on social networking sites such as Twitter and Facebook and I am sorry to say but for a miracle, the unthinkable might just happen in Ghana.

Other positives have also been achieved as a result of social media and that includes the election of Barack Obama into office as president of the USA.

However, with the growing rants and daily registration of dissatisfaction at the turn of events in the country (Ghana) with regards to the leadership and economic hardships by Ghanaians on social media, you need no soothsayer to tell you what could be brewing in the pot.

It has often been said the Ghanaian is calm in nature, loves peace and would not vent any anger but the Ghanaian youth who has since independence been left to his fate by selfish and greedy politicians is not ready to succumb anymore if what I see on social media is anything to go by.

At one moment in time, I thought of what could really be going through the mind of the President had he been the one operating his own social media pages. I think he would have committed suicide looking at the insults that are thrown at him each day whilst he remains optimistic of a better Ghana.

With several challenges such as fuel shortage, power shortage, lack of employment, inadequate housing etc, one would just expect every Ghanaian to be furious. I remember tweeting on a Friday evening asking where the party would be and guess the response I had. “Do you have fuel to step out?” Just imagine, boys can’t even have fun because there is no fuel and one might just get stranded somewhere in town.

I am tempted to believe that what really broke the camel’s back for an initiative to flood the Flagstaff House on the July 1, the Republic holiday was the recent airlifting of 3.2million dollars to the Blackstars of Ghana in Brazil, lol. E just dey pain boys waa!!

Anyway, I didn’t think of completing this piece as I am lost in my own thoughts. There are so many things I could write on but I know you have more to share and would appreciate if you could just add your commentary beneath this story. Get your voice heard as together, we can cause a change through social media.

Among the many cries, I decided to copy exactly what Ghanaian actress Ama K. Abebrese posted on Facebook;

“No fuel, water prices up,- yet most people do not even have water flowing through their pipes on a constant basis; electricity prices up, yet constant light off thanks to ECG, and now those who have generators cannot even find the fuel for their generators.The fuel prices are also going up 20%.

The roads are bad, bad economy, the local currency -the cedi keeps falling, corruption from top to bottom. As for GFA officials and football asem, that is another drama on it own and so on and so on.

What is really going on in the nation of Ghana? The so called gateway to West Africa, the beautiful nation that was built for us by our forefathers and mothers, the country of people considered as one of Africa’s most welcoming people. What are our leaders doing? What are we-the people doing?

We complain and complain and yet take little action. Lets remember what our forefathers and mothers sacrificed for us.”

Before I go, I must say it is necessary the government of Ghana pays attention to what is happening as anything could happen due to the excessive frustration the Ghanaian youth is registering each and every moment.