The ‘MTN Mobile Money Interest’ Broadcast Was Not Funny After All 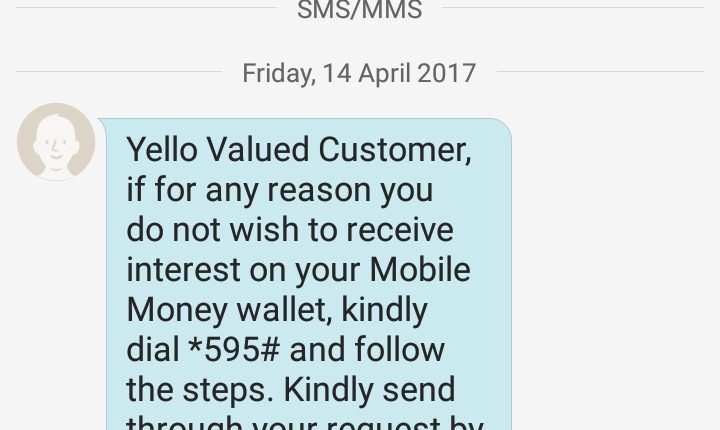 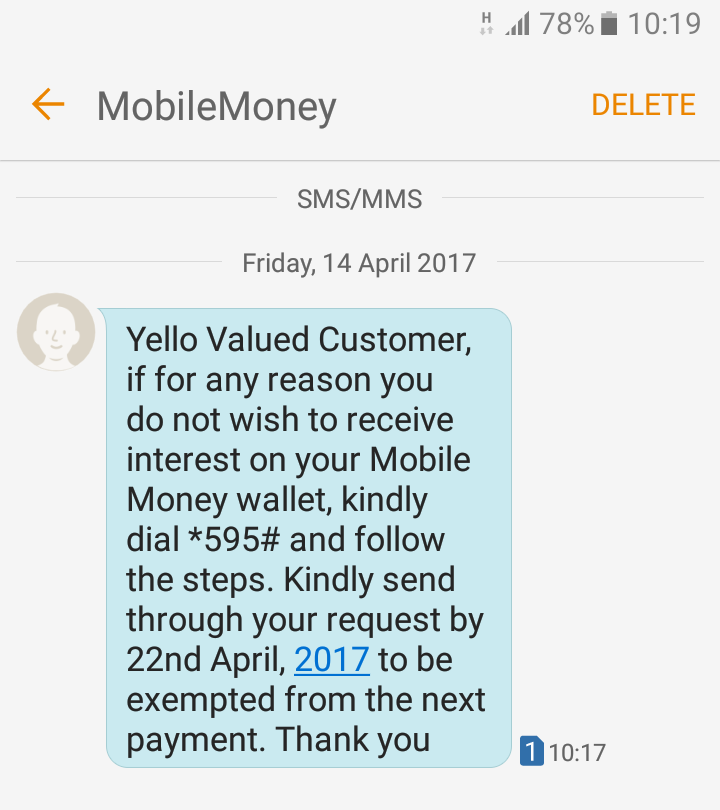 On Friday April 14 2017, I received a broadcast message from MTN Mobile Money (as I had registered already) asking that if I no longer wished to receive interest (a service that started in September 2016) on the monies kept in my mobile wallet , I should kindly dial #595# to follow some steps to deactivate.

First, I found the message communicated via the text as funny and asked why anyone would not want interest on monies kept in the ‘bank’? I looked back at the date on my phone and asked if it was 1st April but hey, it was indeed April 14, so why this ‘funny’ message, I asked myself.

As interesting as it was, I decided to share the message via my Instagram page and that’s when I realized the message was indeed worthy and carried weight.

As others like myself laughed, I was also informed that interests were a ‘sin’ to the Islamic community. Wow!! I never knew this! How could generating interests on your own monies being used for business by others a sin?

Check out some of the comments.

A friend who works with the service in the Northern part of Ghana which is mostly dominated by Muslims also corroborated the comments suggested. 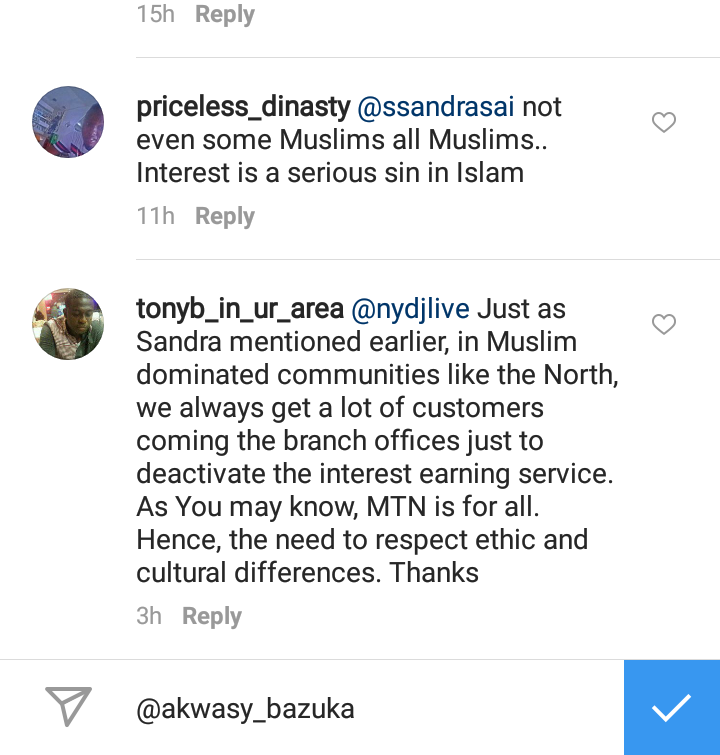 I decided to search a bit on it and came to a realization that ‘interest’ was indeed a sin according to the Islamic teachings.

Referred to as Al-RIBA as used in the Arabic language, it simply means excess or increase.

According to presentation on Riba by Inter Islam, the Islamic terminology interest means effortless profit or that profit which comes free from compensation or that extra earning obtained that is free of exchange. Hazrat Shah Waliullah Dehlvi a great scholar and leader has given a very concise and precise definition of interest. He says,

“Riba` is a loan with the condition that the borrower will return to the lender more than and better than the quantity borrowed.”

Islamic Banking also puts together an insightful piece worth sharing.

“Money in Islam is not regarded as an asset from which it is ethically permissible to earn a direct return. Money tends to be viewed purely as a medium of exchange. Interest can leads to injustice and exploitation in society; The Qur’an (2:279) characterizes it as unfair, as implied by the word zulm (oppression, exploitation, opposite of adl i.e. justice)

There is no real ‘lending’ in Islam since all ‘lenders’ obtain ownership interests in the assets that they finance, or earn a profit-share or purely fee-based remuneration. In order for an Islamic bank to earn a return on money lent, it is necessary to obtain an equity, or ownership, interest in a non-monetary asset. This requires the lender to also participate in the sharing of risk.

Individuals and the world as a whole probably know too well the burden of interest and misery and suffering that irresponsible lenders have inflicted on individuals and societies. It has become so completely institutionalized and accepted in modern economies that it is almost impossible to conceive that there are some who completely oppose it and refuse to enter into any transactions that involve interest.

Islam’s prohibition of interest and usury was not unprecedented. The early Jewish and Christian traditions also forbade riba. Even the renowned Greek philosopher, Aristotle, condemned acquiring of wealth by the practice of charging interest on money.

“Very much disliked also is the practice of charging interest: and the dislike is fully justified for interest is a yield arising out of money itself, not a product of that for which money was provided. Money was intended to be a means of exchange; interest represents an increase in the money itself. Hence of all ways of getting wealth, this is the most contrary to nature.” Aristotle, The Politics, tr. Sinclair, pg. 46, Penguin

“Do not charge your brother interest, whether on money or food or anything else that may earn interest.” (Deuteronomy 23:19)

“If you lend money to My people, to the poor among you, you are not to act as a creditor to him; you shall not charge him interest.” The Holy Bible (American Standard Bible)

It is therefore worth noting that the broadcast my MTN Ghana was in its right place and not as funny as I thought earlier since their users could include Muslims.

I guess it’s worth opening up and learning each day just as I did.

OMG!! Medikal had only 13 votes from general public – VGMA board member