The Insignia Group strips Miss Universe Ghana 2012 of her title 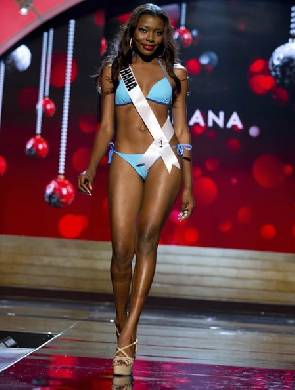 The Insignia Group, former organizers of Miss Universe Ghana has responded to a press statement by the new organizers Roberta Annan Consultancy Group that the 2012 pageant was “organized by INSIGNIA Experience with help from the RAC Group.”

In a press statement by The Insignia Group, contrary to the claims by RAC, On August 8, 2012, The Insignia Group (TIG) and Roberta Annan Consulting (RAC) signed and entered into an unincorporated joint venture agreement to organize the Miss Universe® Ghana pageants over several years.

Under the agreement (signed for RAC by Roberta Annan and Papa Yaw Addo Boateng- Annan), RAC was responsible for raising the sponsorship for the event among other responsibilities, and TIG would handle the production of the shows and day to day administration of pageant business.

It would stand to reason then, that as a joint venture, both RAC and TIG would be responsible for any outstanding issues of the 2012 pageant. Also included in the agreement were clauses that prohibited RAC from competing or circumventing TIG or disclosing inside information – clauses which have evidently been breached.

At the end of 2012 pageant year, RAC acquired the Miss Universe Ghana license and the management of the Miss Universe ® Ghana pageant changed hands. Roberta Annan Consulting is now handling the affairs of the local pageant and The Insignia Group is no longer affiliated with the pageant, beginning with the 2013 edition.

TIG and RAC are currently in court to address RAC’s contravening the good faith unincorporated joint-venture agreement – specifically the performance, non-compete, non-circumvent and non-disclosure clauses of the contract.

In an unfortunate recent development that precipitated this headliner, the then titleholder Miss Gifty Ofori granted an interview to News One that misrepresented the facts surrounding her prizes with the headline “No Prizes for Miss Universe Ghana 2012”. As part of the documentation that Miss Ofori and all the delegates reviewed (with our attorney and their own counsel) and signed were legal documents that clearly stated the rights, responsibilities and remedies for all parties involved. Miss Ofori has been in constant communication with The Insignia Group (TIG) since her election on both a professional and personal basis and is fully aware of the efforts made on Insignia’s part to secure outstanding prizes.

Following the publication of that story, Miss Ofori in a Whatsapp message apologizing to The Insignia Group said:

I’m sorry about what I have put you and Insignia through…I know how much you and everybody in Insignia loved me like your own and I love you all…Insignia was never the focus. [Roberta Annan Consulting] has gotten away with a lot of things…and that is what upsets me. I have always loved Insignia and will always do. Thank you for what I am today.

It is clear that The Insignia Group has dealt in good faith with Miss Gifty Ofori and all parties involved and that Insignia has been dragged unnecessarily into this media debacle. For more than 15 years, The Insignia Group was dedicated to developing the potential of young Ghanaian women through industry-leading personal development programs and a very personal, hands-on approach.

The organization also invested substantial resources into ensuring the titleholders were given incredible opportunities to represent the country in the best light including: personal consultations with celebrity stylists in Los Angeles and New York; sourcing competition wardrobe from world-renown fashion designers; and enviable photo portfolios from celebrity photographers in New York – going far and beyond what any other Ghanaian pageant organization has ever done. The Insignia Group hopes that its legacy and heritage for the Miss Universe® Ghana pageant will be respected and emulated.

In light of the series of unfortunate events and for flouting very specific clauses in the contract she willingly entered into with the organization, The Insignia Group has had to take the tough decision of stripping the current titleholder of her title as Miss Universe Ghana 2012.

As stipulated in the 2012 Miss Universe Ghana Entry Form and Contract Agreement (also available for public scrutiny) she is no longer entitled or permitted to use the title and position of “Miss Universe Ghana 2012” in anyway, and/or allow the use of the title by anyone in reference to her. She also forfeits all rights and claims to any benefits and privileges of the title.

The Insignia Group, producers of the iconic Miss Universe® Ghana competitions from 1996-2012 would like to thank the people of Ghana for their unwavering support over the years. We also salute the amazing young women who have participated in the pageant each year, as well as the trailblazing titleholders who have gone on to represent Ghana at the international Miss Universe® pageant.

Once again, The Insignia Group is grateful for the support of the Ghanaian public, the companies, delegates, partners and fans that made the Miss Universe Ghana pageant a success over the years.