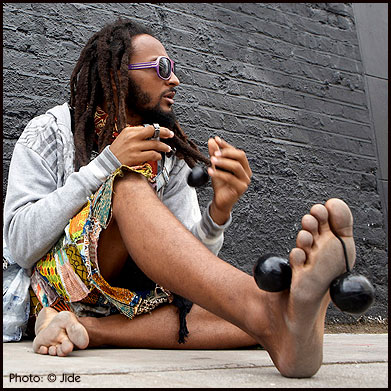 In fact, some studio have been forced to shut down as a result of this development which many industry players have described as a bane to the promotion of the industry.

In a recent interview on Radio Univers’ Brunch2Lunch show with Abrantepa, eccentric Ghanaian artiste, Wanlov the Kubolor said the instability of power is gradually crippling the industry. He noted that the situation was unbearable.

“The energy crisis is really affecting business. Sometimes you book a studio, get there, start recording only for the lights to go off. Most studios cannot afford silent generators because it is expensive. Again, if you don’t get a powerful one, it can destroy your equipment”, he said.

Filmmaker, Socrates Sarfo also lamented how the unstable power crisis has the rudely affected his business saying, “I decided to venture into soap making but had to withdraw due to the continual depreciation of the cedi. Now I decided to revamp my studio to go back to production only to experience this power outage. The whole of last week, we were able to work for two days. We had to rely on generator which brings extra cost. I had an offer to stay in Germany to teach students at Berlin Cultural Centre; but I declined regardless of the benefits. Now I come and sit here and someone is taking my livelihood for granted. The industry is suffering because we depend on light. It is becoming so expensive to even host an event at the National Theatre because their generator consumes GHC 700 an hour”.

Kumasi-based music producer and sound engineer, Dan Bassy said he had lost some studio equipment as a result.

“It’s cost me a lot. We are unable to meet our target. It is causing damage to my machines as well. My UPS [Uninterruptible Power Supply] is damaged. It’s serious. Our clients do not take it easy with us if we are unable to finish their works on a promised date. But you can’t blame them because they might have fixed a date for a launch”, he said.

Ghana’s energy crisis has deteriorated in recent times, growing from bad to worse in spite of numerous governmental promises to resolve the situation. Businesses have been badly hit as various reasons including low water levels in the Akosombo Hydroelectric Dam and lack of gas to power the country’s thermal plants continue to be attributed to the current situation by the concerned authorities.

Till any positive action is taken to resolve the situation, one can only be sure that the nation’s hyped creative arts industry and the hard works of many talented young Ghanaians will come crushing down in no time.

Say What? Akrobeto says a prayer for the Blackstars in English