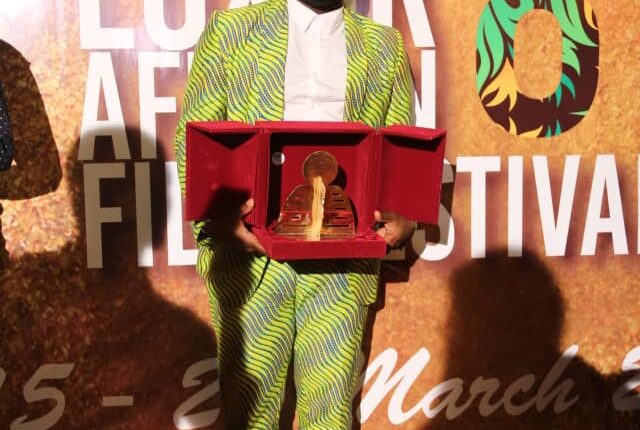 Even before The Burial of Kojo makes its debut on Netflix, the movie is doing marvellously well bagging in all the awards there is to grab.

Set for a Netflix debut on March 31 debut, the movie directed by Blitz The Ambassador was recently awarded the Grand Prize for Best Narrative Feature at the Luxor African Film Festival.

In September 2018, The Burial Of Kojo was awarded the “Best Narrative Feature” at the 22nd annual Urbanworld Film Festival.

The Burial Of Kojo follows the story of Esi, as she recounts her childhood and the tumultuous relationship between her father, Kojo and her uncle, Kwabena. After Kojo goes missing on an illegal mining expedition with Kwabena, Esi embarks on a magical adventure to rescue her father.

The Luxor African Film Festival (LAFF) is a yearly film event held in the heart of Egypt to create an open-theatre for dissecting and showcasing African movies to a larger audience and film consumers while honoring deserving films.

Money Not My Motivation – Anita Erskine

Stonebwoy’s Award For Winning First Ever Dancehall King And…