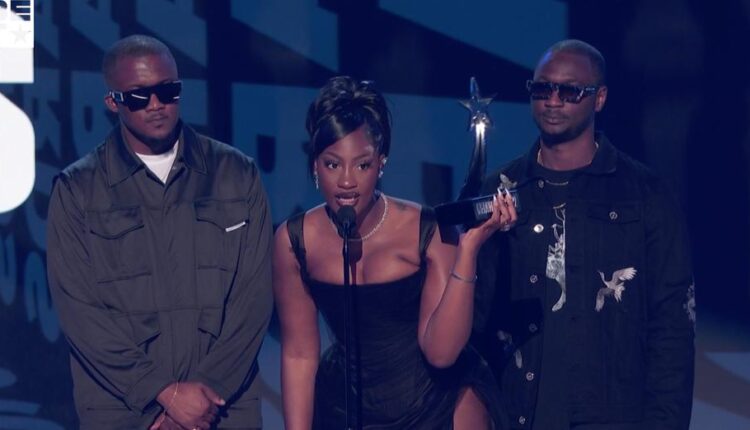 Nigerian singer Temilade Openiyi professionally as Tems has been awarded the Best International Act At the 2022 BET Awards.

She beat competition from a tall list of other talents including Dave, Little Simz and many others.

The Lagos native dedicated the award to every single woman who may not believe they could chase their dreams. “Where I’m from in Lagos, this is a dream, as you’re watching me, imagine yourself as me, you are meant to be here, too,” Tems said as she held the award.

Although it seems like her rise to the top happened overnight, the Lagos native started singing when she was about 13 years old and producing when she was 20. The fans who have been with her from the very beginning would recall her first song, “Mr. Rebel” which she produced herself and released in 2018.

Check out other artists from the category.