Teephlow Is Pained, Envious And Jealous Of Me – Medikal (Video) 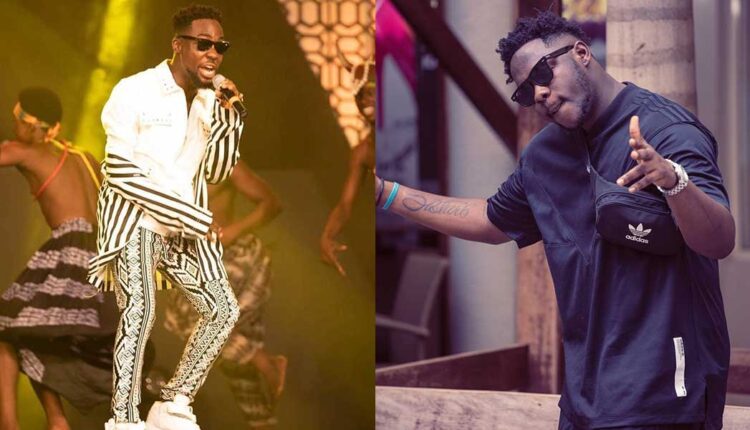 Ghanaian Hip-hop rapper, AMG Medikal has disclosed that his colleague rapper Teephlow envies the successes he (Medikal) has chalked over the few years in the music industry.

He made this statement based on how Teephlow came at him a few days ago on Twitter and also, referring to him (Medikal) as a lazy rapper who does not make his money off music.

In an interview with Rev Erskine on Y 107.9 FM’s ‘Myd Morning Radio Show’ he said, “I was disappointed when he came at me like that and said all that. Teephlow and I had a very healthy relationship and we had no issues prior to this so I didn’t understand his actions”.

According to Medikal, he cannot think of any reason for the rapper to make such claims about him. He indicated, “Teephlow and I have come a long way and I least expected that from him”.

Expressing his disappointment at Teephlow’s actions, Medikal added, “I think he did this for the attention. Because I don’t understand how people will throw away long years of friendship for social media fame that will end in a day”.

Medikal believes Teephlow’s actions are caused by the fact that he earns more than him and most people stream and listens to his songs than the latter.

He stated that “I think Teeplow is pained, jealous and envious of me and that is the only thing I can say”.