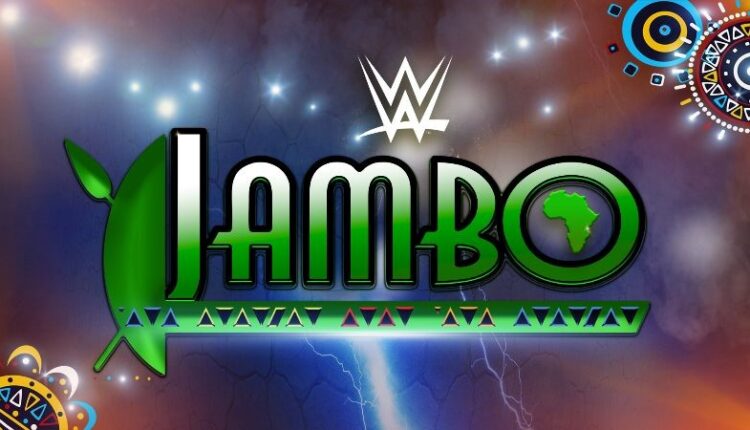 Starting (on 28th July at 5 pm), SuperSport will launch a brand-new series that is made just for the WWE Universe in Africa. JAMBO WWE, a high-energy 30-minute weekly show, will be fans’ all-access pass to all things WWE.

WWE JAMBO will deliver a unique twist to the breaking news, exclusive interviews and hottest stories in WWE that have all of Africa talking, as well as previews and recaps of Raw, SmackDown, NXT and Premium Live Events, including SummerSlam and Clash at the Castle.

The show is designed to showcase the goings-on in WWE from an African perspective, hence the name itself, the Swahili word for “hello”. JAMBO WWE will take a fresh approach with regards to presenters. These include Lwazi Volsak, Rosa-Lena Mabunda Mondlane, plus Emeilio Michaels and Vasilis Argyrides. As WWE experts themselves, the presenters will carry the show with their banter and lively debate in short, sharp bursts, ensuring a show of pace and power.

The show will also showcase WWE outside of regular programming. This will include interviews with superfans and members of the WWE Universe across the continent, guest celebrities, classic archive content, community activities and giveaways of WWE merchandise. The graphics on JAMBO WWE will be boldly African, reflecting the African continent while also including the colours of WWE’s three flagship brands.

The weekly show will be broadcast every Thursday to supplement the weekly live broadcasts of Raw, SmackDown and NXT, which continue to be hugely popular with SuperSport viewers.