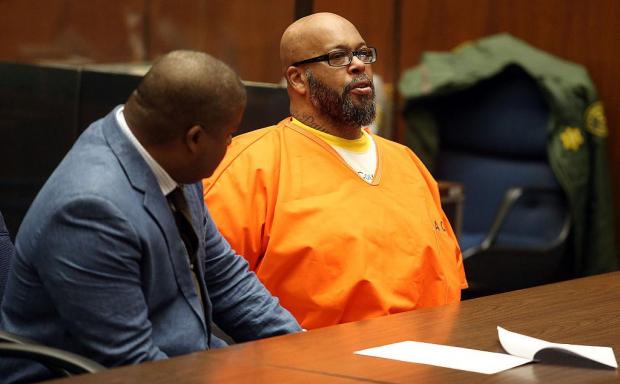 For many years we have all wondered who was responsible for the death of Tupac Shakur. Although there was never really a solid answer, throughout the years people have developed their own speculations.

Now Suge Knight, who was in the car with Tupac the night he was shot, has spoken on the alleged killers of the late rapper.


According to the Source, Knight claims that he was the real target of the 1996 shooting and that his ex-wife and former Death Row Records security chief were behind everything.

In a signed affidavit Suge Knight’s lawyer, Thaddeus Culpepper, wrote that Knight has known “for many years that Reggie Wright Jr. and his ex-wife Sharitha were behind the murder of Tupac and attempted murder of Knight”.

Culpepper reportedly added that Knight has also alleged that Reggie Wright Jr. had an involvement in the killing of The Notorious B.I.G, who was killed in 1997.

Knight is currently behind bars for a murder that happened back in 2015.

Tupac will be inducted into the Rock & Roll Hall of Fame later this week, and the highly anticipated Tupac biopic “All Eyez All Me,” will release later this year in June.

Ellen DeGeneres and Portia de Rossi on the Brink of Divorce?