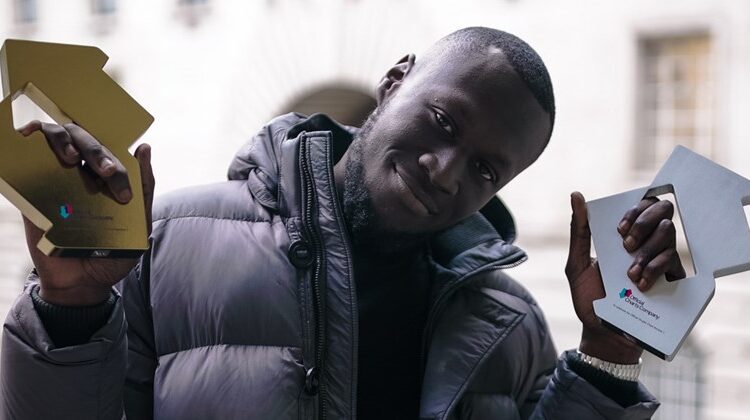 After making his debut on the list last year, Stormzy has returned to the 2020 edition of The Sunday Times’ Richest Musicians Under 30 list.

The south London rapper is in joint ninth place with Rita Ora with a fortune of £20 million, up £4m from last year. Fellow friend and collaborator of Stormzy, Ed Sheeran, tops the list with a whopping £200m.

The Sunday Times’ Richest Musicians Under 30 list looks at the fortunes of British artists and this year includes the likes of Harry Styles, Little Mix, Sam Smith and more.

Stormzy’s re-appearance on the Richest Musicians Under 30 list comes after a successful twelve months for the artist, after scoring the Official Charts double with a number 1 album and number 1 single, as well as headlining Glastonbury with an iconic set.

As Stormzy continues to make waves throughout the entertainment industry, we can only expect his position on the list to keep on rising.

The Sunday Times also revealed its Richest Musicians In Britain list where Rihanna, who now lives in London, takes the third spot with a fortune worth £468 million.

Check out the full Richest Musicians Under 30 list below and for more information on the Sunday Times’ lists, click  here.