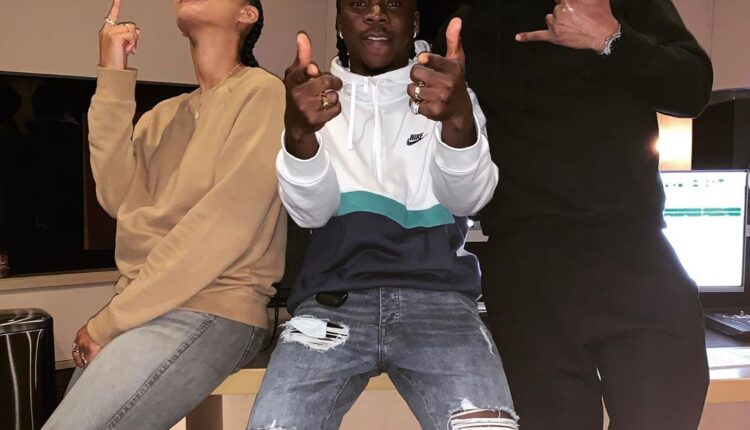 Ghanaian Afro dancehall artist Stonebwoy is up to something,

The musician who is currently working on a new album  is seen in a new picture with Grammy Award winning producer and musician Andre Harris popularly known  Dre Bombay.

Not only is Stonebwoy working with Dre Mombay. Present in the studio as seen in the picture is Knock You Down hitmaker  Keri Hilson.

Quite excited about the upcoming project, Keri Hilson shared their picture with the caption  “Sometimes the Universe throws you an alley-oop”

Stonebwoy had already shared snap of their studio sessions which generated a lot of excitement among his fans.