Stewards of Grace Back With House of Worship Concert 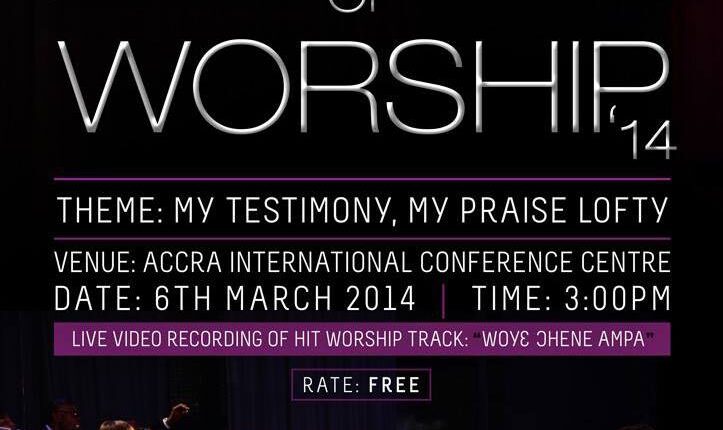 For more than a decade now, Stewards of Grace Incorporated have treated us to the best of contemporary praise and worship music with their annual HOUSE OF WORSHIP Concert. H.O.W  as it has come to be affectionately called, is set aside as a time when the whole nation comes together to enter the gates of the Lord with Thanksgiving, Praise and Worship – a time to refresh our love for God through deeply anointed, Word-based music.

With their seventeen years of experience in music ministry, Steward of Grace have come to understand what it means to encourage, inspire, uplift and lead people into the presence of God with beautifully crafted and deeply anointed music.  Stewards have graced many stages and blessed many hearts across the length and breadth of the nation, resulting in the development of a Kumasi version of HOUSE OF WORSHIP which has already been held twice on the KNUST campus.

Aside performing their own renditions of contemporary Christian songs, Stewards of Grace is also blessed with the gift of writing and composing their own songs, one of which they would be making a LIVE RECORDING of come this year’s HOUSE OF WORSHIP. Later on this year, Stewards of Grace will launch their maiden album which they’ve been working on for close to two years now. You can be rest assured that the album will redefine contemporary music in this country when it is released.

According to leaders of the group, HOUSE OF WORSHIP 2014 will be many steps ahead of last year’s which blew us all away in such a sweet manner and won for itself an accolade as one of the best events of 2013. Song after song after song, H.O.W . 2014 promises to feed its audience with spirit filled ministrations and breath-taking performances. I am certain that aside their excellent music, stewards will again thrill us with their “crazily-beautiful” dance moves. This year’s event will feature Tagoe Sisters and a host of pleasant surprises.

As the tradition has always been, H.O.W 2014 comes off on Thursday 6th March. The program begins at 3PM exactly at the Accra International Conference Centre. Interviewing the leaders of the group I was brutally surprised to hear that for this year’s HOUSE OF WORSHIP, ADMISSION IS FREEE ;  that’s when I froze in so much shock that my pen fell out of my hand.

Video: Big Disgrace – 3 Female Students Made To Crawl Out Of The Accra Mall For Stealing At Mr. Price