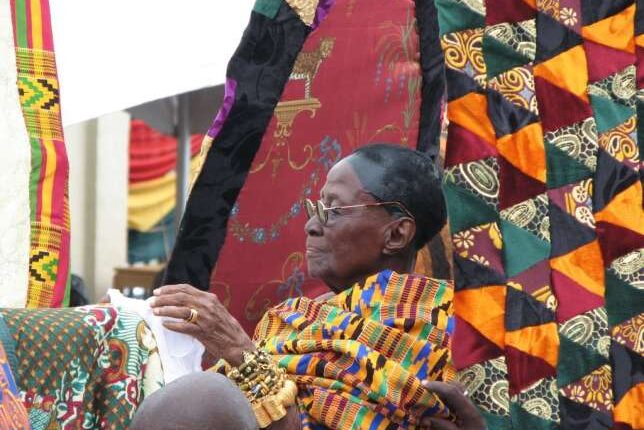 
Read from below details from the press release as made available to www.nydjlive.com.

The thirteenth Queen-mother of the Asante Kingdom, Nana Afia Kobi reigned for 39 years. She has been the pillar of strength and source of wisdom behind the transformational reign of His Majesty Otumfuo Osei Tutu II, Asantehene.

She passed away peacefully at her Palace on Monday, 14th November, 2016.

The Kumasi Traditional Council met in emergency session at Manhyia Palace this morning for Nananom to convey their condolences to His Majesty and the Oyoko Royal family.

The traditional One Week rites will be performed at Manhyia on Thursday, 24th November, 2016.

In accordance with Asante custom, a ban has been placed on all funerals, drumming and noise making throughout Asanteman until after the funeral of the Asantehemaa.”