Stacey Amoateng Shoots Down Reports Of Being Sacked From ABN 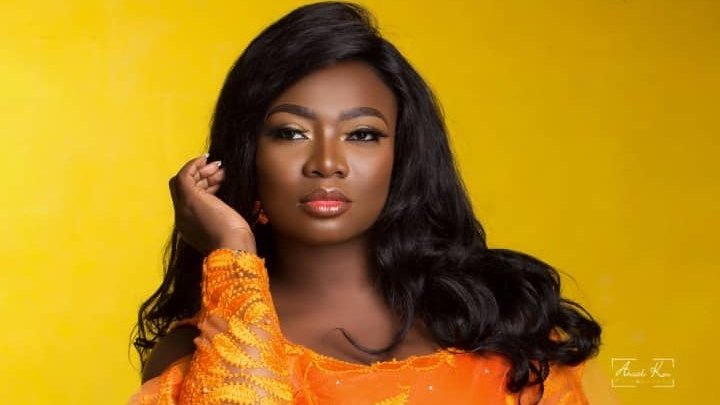 Television personality and Executive Director of Angel Broadcasting Network, Stacey Amoateng has a subtle way of shooting down rumours that suggest she has been axed from the media network.

Days ago, a number of blogs and Instagram gossip accounts suggested the personality had been axed for unknown reasons.

However, Stacey Amoateng would not this slide.

In a post on Instagram sighted by Ghana’s Hub For Pop Culture & Urban Entertainment News – www.nydjlive.com, the media personality subtly debunked the reports with a picture of herself right in front of the company’s logo with the caption, “Work and happiness, Arise and Shine, ABN to the world”

Following her appointment in 2020, Stacy opened up on why she joined Mr Kwaku Oteng’s broadcasting firm saying Mr Oteng first contacted her in 2016 which she turned down.

Stacy said in 2018 she was contacted again but gave “no” as an answer to joining the team.

She stressed that in the latter part of 2019, Mr Oteng contacted her again and after praying over it, she decided to accept the offer.

“I Am Ashamed And Disappointed In Myself” –…