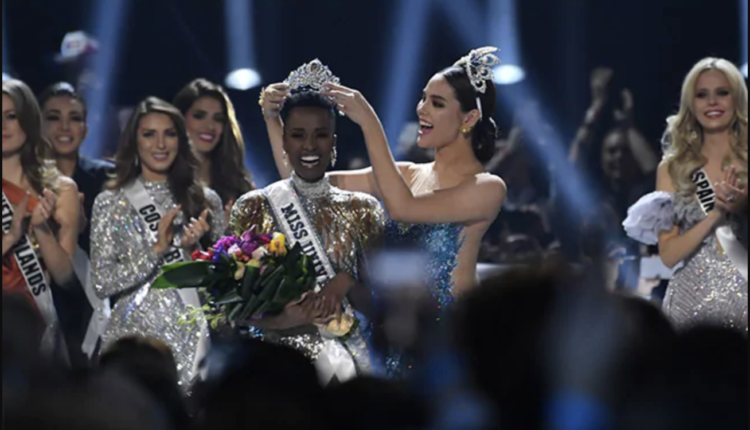 Miss Universe 2019: Zozibini Tunzi beat over 90 contestants from around the globe in the 68th instalment of Miss Universe.

Miss South Africa was crowned Miss Universe 2019 on Sunday in Atlanta, US in a glitzy ceremony hosted by popular TV personality Steve Harvey.

Television personalities Vanessa Lachey and Olivia Culpo were backstage commentators, and a panel of seven women determined the winner.

In her closing speech, a new segment in the competition, the 26-year-old spoke of breaking colour stereotypes and wanting to empower young women.

“I grew up in a world where women who look like me with my kind of skin or my kind of hair are not considered to be beautiful, I think that it is time that this stops today. I want children to look at me and see my face, then see their faces reflected in mine,” Zozibini Tunzi said on stage before she was crowned Miss Universe 2019.

Making a statement… This is Miss Universe South Africa.#MissUniverse2019 LIVE on @FOXtv. Airing in Spanish on @Telemundo. pic.twitter.com/FWpqb0517w

The competition was down to a face off between Miss South Africa and Miss Puerto Rico. The final announcement was made to thunderous applause and people waving the South African flag in the audience. The 26-year-old teared up as she was crowned Miss Universe.

Ms Tunzi beat over 90 contestants from around the globe in the 68th instalment of Miss Universe, which was held in Atlanta’s Tyler Perry Studios.

In videos posted on the official Twitter account, Ms Tunzi is seen celebrating and hugging other contestants. “There’s work to do,” the new Miss Universe said adding that this moment is “surreal “.

In another video, the Miss Universe is also seen signing host Steve Harvey’s jacket back stage.

The Philippines’ Catriona Gray, who presented Ms Tunzi the crown, was the Miss Universe winner in 2018.

Source : NDTV (With inputs from AFP)