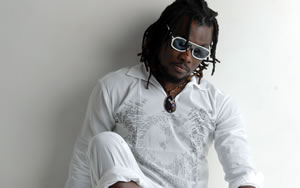 A month after dropping his Valentine’s day present to reggae and dancehall music loving fans worldwide and receiving wide positive reviews, acclaimed reggae and dancehall artist Sonni Balli is ready to release the video online as he believes he has kept his fans in waiting for far too long.

The video which was earlier premiered on GhOne will be made available for online streaming on Wednesday April 23 via Sonni Balli’s YouTube channel.

Shot by his own production house Bad Habbits Entertainment, the video talks of Afrakomma, the beautiful young lady anyone would want to have.

You Got it? Flaunt It!! Check Yvonne Nelson’s Bikini Shots