Skyfall up for Producers Guild of America Awards 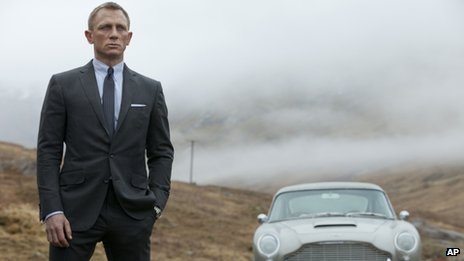 Skyfall has become the first James Bond film to be nominated for the top prize at the Producers Guild of America Awards.

Star-studded musical Les Miserables and Steven Spielberg’s Lincoln are also on the list of 10 shortlisted films.

The Producers Guild of America (PGA) award is seen as a good indicator of which film could win best picture at the Oscars.

The PGA winner has gone on to win best picture 16 times in the last 23 years.

The last time the PGA and the Oscars disagreed was six years ago when the PGA chose Little Miss Sunshine and the Oscar went to The Departed.

Ben Affleck and George Clooney are nominated this year as the producers of the Iran hostage drama Argo, while 2009 PGA winner Kathryn Bigelow is nominated for Zero Dark Thirty.

Wes Anderson’s Moonrise Kingdom and mythical indie film Beasts of the Southern Wild are also in the running but there was no place on the shortlist for The Hobbit, The Master or The Dark Knight Rises.

The nomination is a boost to Skyfall’s Oscar chances and comes days after the James Bond thriller passed the $1bn (£616m) mark at the global box office.

Among those nominated for outstanding producer in an animated motion picture by the PGA are Frankenweenie, Brave and Rise of The Guardians.

The awards will be handed out at a ceremony in Los Angeles on 26 January.