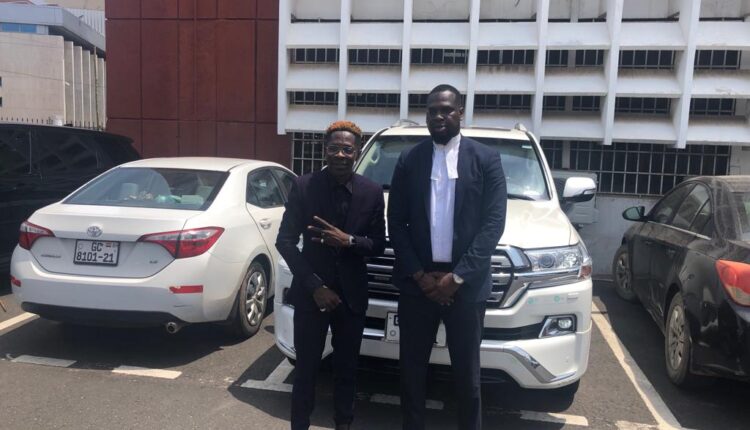 According to a report by Graphic.com.gh, the court presided over by Emmanuel Essandoh, slapped Shatta Wale with the fine after the artiste pleaded guilty to the publication of false news.

Wale had earlier pleaded not guilty to the offence but changed his plea today with his lawyers urging the court to have mercy on him and give him a lenient sentence.

Failure to pay the fine will result in Shatta Wale serving a term of three months in prison.

On Monday, October 18, 2021, media reports suggested that Shatta Wale had been shot by some unidentified gunmen. His personal assistant, Nana Dhope, was reported to have confirmed the report to the media saying the incident occurred at East Legon.

The report further said Nana Dhope claimed Shatta Wale was receiving treatment at an unnamed medical facility after he managed to escape from his attackers.

The police subsequently “launched an investigation into the matter including making contacts with some of his close friends and family members and all of them claim not to have knowledge of his whereabouts or the alleged incident.”

Hours afterwards, Shatta Wale in a social media post said he feigned the attack because of the death prophecy by the founder and leader of New Life Kingdom Chapel International, Stephen Akwasi, popularly known as Jesus Ahuofe.

“The statement made by this false prophet has gotten me in a mood of violence since no one in this country cares. So the police of this country want to tell me none of them saw those threatening statements online to take action?” he asked.

“This pastor said 18th October Shatta Wale will be shot and you want to tell me you didn’t see from your cyber-crime department nor did u hear or come across anything like that online? If my life can be threatened and there is no law to take action on that then I guess I will do what is right in the eyes of God”, Shatta Wale noted.

He apologised to his fans who were affected by his hoax but was arrested by the police after he turned himself in and spent two nights in police custody.