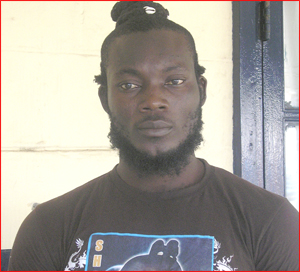 According to information picked from GBC, popular TV Star, Richard Cobbina, alias Shaka Zulu who was charged with robbery has been sentenced to 15 years imprisonment.

He and three other accomplices were each given fifteen (15) years for conspiracy and another 15 for robbery to run concurrently. Shaka Zulu and his accomplices were arrested in August, 2010, after robbing some Nigerians at their residence at Spintex in Accra. The convicts raided the residence of the victims and made away with their laptops, cash and other personal effects.They were however pursued by the victims and subsequently arrested. One of the accomplices later led the police to arrest Shaka Zulu.

Behind The Scenes: Down on One by Sarkodie ft Fuse ODG